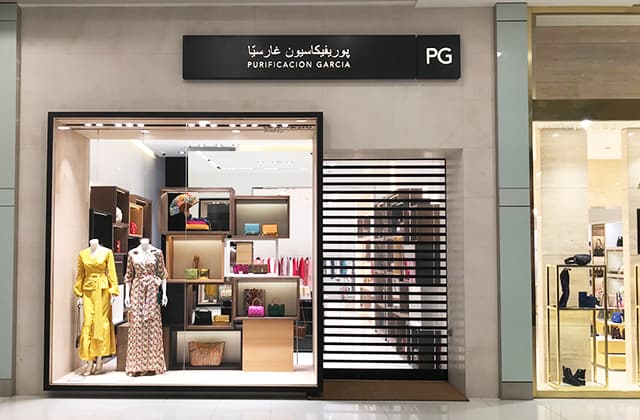 You'll soon be able to get easier access to this Spanish brand's pieces, courtesy of a new store opening in the Middle East...

No stranger to the Middle East, Purificación García is a name already known to the region’s fash pack. The brand has previously showcased its love for the region by releasing a dedicated capsule collection for Eid earlier this year and collaborating with Emirati architect Elham Abdul Kareem to create a lookbook designed for the desert.

Following the success of both releases, the Spanish brand has now decided to expand its presence in the Middle East, and what better way to do so other than by opening another store in Saudi Arabia.

Located in Riyadh, the Riyadh Park Shop doors have officially opened to a modern, chic space that beautifully displays the brand‘s ready-to-wear separates, as well as some of the brand’s signature handbags including the Origami, Samburu, Homenaje Acolchado and Tangram.

Now, take a look at Max Mara’s exclusive capsule collection for the Middle East, which you can now pre-order online.