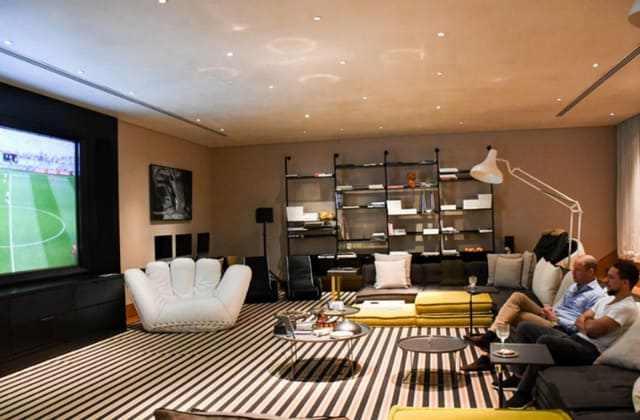 England won their most recent game in the World Cup yesterday and Prince William watched it in a very cool way...

Prince William has officially begun his tour of the Middle East, arriving in Amman, Jordan yesterday and his packed schedule meant he couldn’t catch England play Panama in the World Cup.

According to the Daily Mail, Prince William asked everyone present throughout the day to keep the score from him, with Kensington Palace confirming via Twitter that he was successful in doing so.

After the day’s activities wrapped, the Duke of Cambridge was welcomed to the Beit Al Urdun Palace by Crown Prince Hussein bin Abdullah (who also graduated from Britain’s Royal Sandhurst Military Academy) to watch the match in full. The Crown Prince had asked his staff to record the match so the pair could watch it after dinner. Given England’s 6-1 win, it would certainly have been a moment to remember.

Prince William publicly thanked Crown Prince Hussein on Twitter, writing, “The welcome that The Crown Prince showed me today is one that I will always remember, and which I hope to be able to reciprocate one day in the UK.”

Prince William will remain in Jordan today before heading to Israel and Palestine in the coming days.

Now, find out where the Duke and Duchess of Sussex will travel for an official mini tour next month.