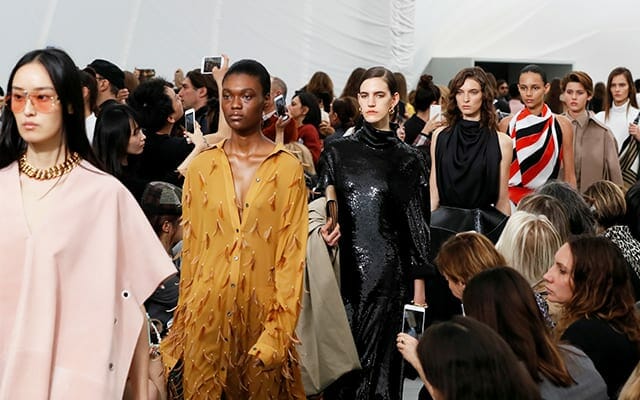 It seems that even after her departure, Phoebe Philo's designs for Celine are still selling strong...

When news emerged that Phoebe Philo was leaving Celine (then, Céline) after a 10-year tenure, the fash pack were quick to mourn her departure. It was announced shortly after that Hedi Slimane would take her place and whilst there was plenty of excitement around his debut collection during Paris Fashion Week, it marked a significant about-turn from the Philo-era.

As a result, Philophiles have frantically begun trying to get their hands on the former designer’s last few collections for the maison which has seen a huge rise in searches for the pieces.

According to The RealReal, “in the weekend directly following Slimane’s September 28 debut, searches for Celine increased 52 percent compared with the average for September to that point. In October, searches remain up 29 percent from the pre-show September average,” reports Business of Fashion. Furthermore, Philo-designed pieces have spiked 30 per cent in price. Vestiaire Collective is experiencing something similar, with the site telling BoF that “between September 27th and October 2nd 2018, visits to Celine pages increased by a whopping 275 per cent while the number of Celine products sold increased by 43 per cent compared to the same time last year.” Meanwhile over at eBay, “there was a 225 per cent search increase on September 29 for Phoebe Philo.”