The 2018 CFDA Awards will finally be hosted by a female

Issa Rae is the woman who landed the role
March 6, 2018
Meeran Mekkaoui 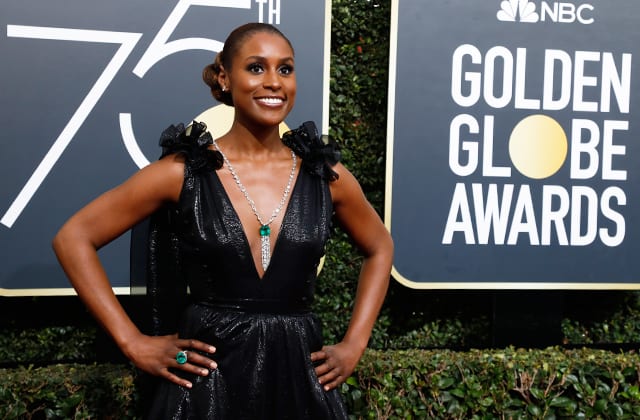 The CFDA Fashion Awards' next edition will be a little different than previous years. Here's why...

This year’s upcoming CFDA Awards are already making headlines around the globe following last week’s announcement that the Council of Fashion Designers of America (CFDA) is encouraging diversity amongst its nominees. Now, even before the nominees or honourees have been announced, the CFDA has announced another two major changes for this year’s edition.

Set to take place on June 4, the CFDA Awards will have American actress/writer/producer Issa Rae as its host, marking the first time a female will host the awards in almost a decade. Her new role will see her taking over hosting duties from Seth Meyers, who hosted last year’s ceremony (as well the 2012 edition).

Also, for the first time in its 37-year history, the CFDA Fashion Awards has its eye on a new location and will be swapping the Hammerstein Ballroom for the Brooklyn Museum.

According to WWD, President and Chief Executive Officer, Steven Kolb, said: “Issa Rae is leading a new generation of performers who use their voice and humour to discuss social topics in a way that is relatable and poignant. We are also excited to take the awards to Brooklyn this year. The Brooklyn Museum is a strong and iconic backdrop to one of fashion’s biggest nights.”

The nominees and honourees of the 2018 CFDA Fashion Awards will be revealed on March 15, 2018, so make sure to watch this space! Now, find out who has just been named as Chanel’s newest brand ambassador.