Net-a-Porter launches an exclusive campaign for the Middle East 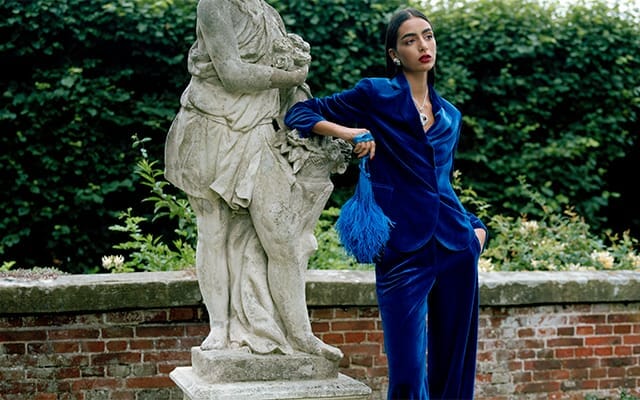 Net-a-Porter have just launched an inaugural campaign that is dedicated to the Middle East. Here's your first look...

With a new autumnal season comes a slew of wardrobe changes and, if you’re in the Middle East, weddings, too. Prevalent during the autumn months, the wedding season is just around the corner and Net-a-Porter are already one step ahead, presenting us with a plethora of wedding-ready gowns fit for the region’s upcoming roster of events.

The leading e-commerce destination for all things luxury have just launched its first-ever eveningwear campaign dedicated to its customers in the Middle East.

The inaugural Gowns campaign features a curated edit of renowned designers — think Jenny Packham, Monique Lhuillier, Oscar de la Renta and Reem Acra — each selected for the campaign based off of the region’s style preferences and strong sell-throughs.

And just when we thought that wasn’t enough for us to add to our shopping carts, Net-a-Porter put thought into their Middle Eastern customer and tapped Moroccan-British model, Nora Attal, to front the campaign. The images couldn’t be more stunning. Take a look here…

The Gowns campaign launched exclusively in the Middle East today, and will run until October 31, 2019.

Now, take a look at some of our favourite collections from day one, two and three London Fashion Week.