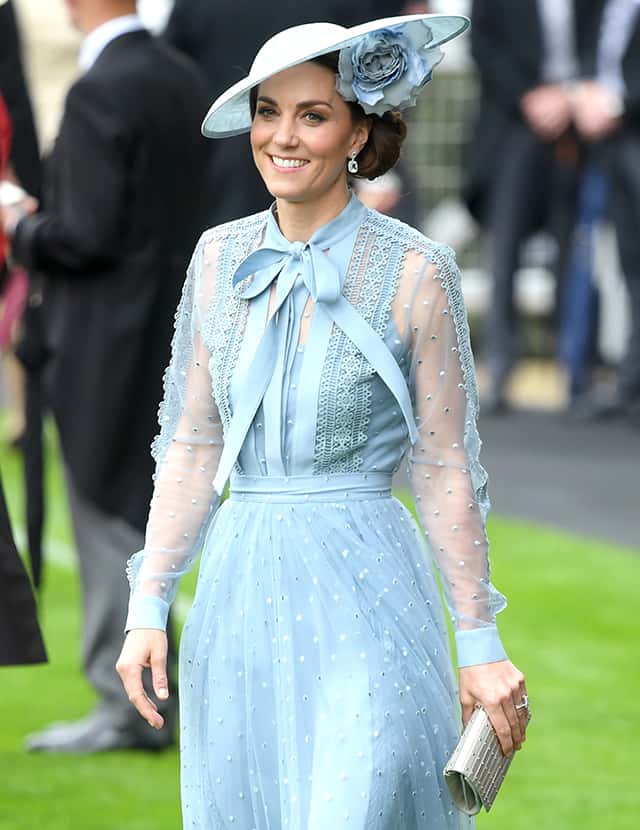 The focus was on the stands as much as the tracks as a host of royals, from the UK and the UAE, attended the first day of the Royal Ascot races...

It seems like there’s no slowing down for the Duchess of Cambridge any time soon. Kate Middleton kicked off the week with Spain and Netherlands’ queens, where she attended Garter Day. And now, she’s with the British royal family as she was present for the opening day of Royal Ascot.

Making her grand entrance (Kate missed last year’s horserace), the Duchess of Cambridge arrived in the royal carriage procession alongside Prince William and her parents-in-law, Prince Charles and Camilla, the Duchess of Cornwall. The Queen, meanwhile, was joined in her carriage by Prince Andrew, the King of the Netherlands Willem-Alexander, and his wife, Queen Máxima. 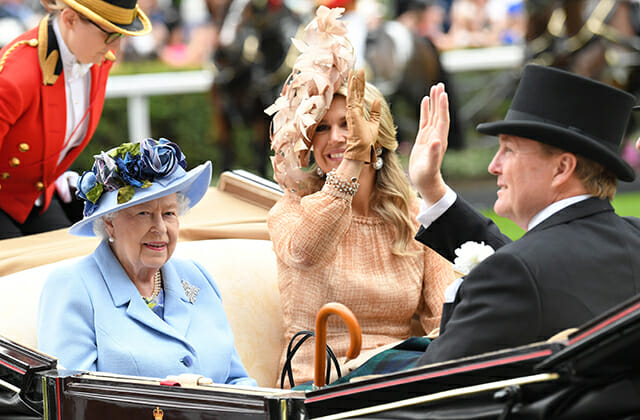 For the occasion, which has incredibly strict rules surrounding clothing, Kate opted for a blue dress by Middle Eastern designer, Elie Saab. She then accessorised her look with a matching blue Philip Treacy hat and Kiki McDonough earrings.

Looking elegant as always, the mum of three was also spotted with Prince William and Sheikh Mohammed Bin Rashid Al Maktoum, Vice President of the UAE and Ruler of Dubai — a continuous attendee of the prestigious race. 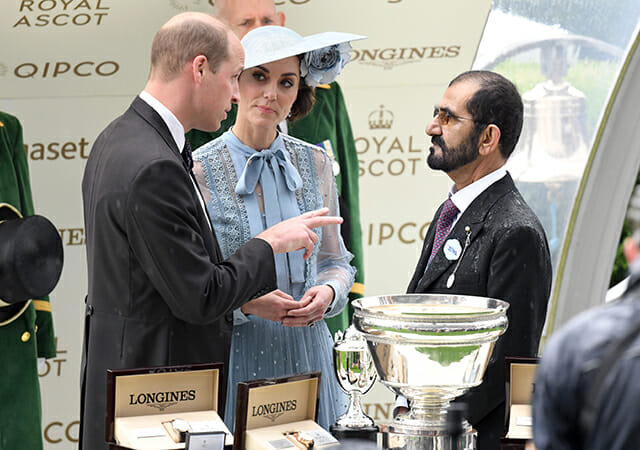 Now, take a look at what the British royals wore to Trooping The Colour 2019.