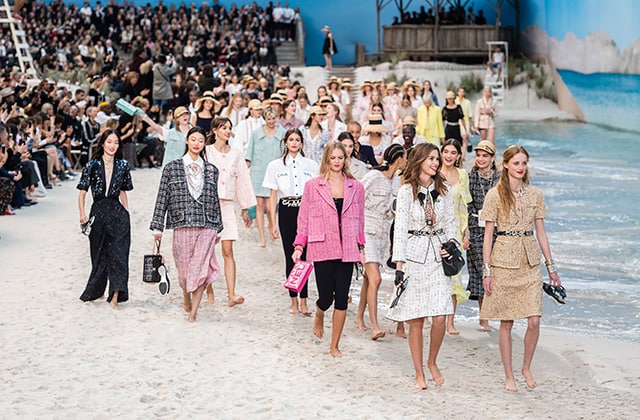 During its 109 years of existence, Chanel has only ever shared their earnings once. Now, the maison has revealed its earnings for the second time...

It seems like Chanel has been in turmoil over the past few months. Ever since Karl Lagerfeld’s tragic passing in February 2019, there was speculation that the Wertheimer family (who control the business), might be preparing for some sort of exit. There were rumours that the French brand would go up for sale or preparing for an IPO however, these rumours were addressed once again and put down by the brand’s CFO, Philippe Blondiaux.

Showing that the maison continues to dominate the luxury industry and are exactly where they’re supposed to be, Chanel revealed its yearly earnings for the second time ever in its 109-year history. And, as expected, the figures surpassed last year’s earnings.

According to Business of Fashion, Blondiaux made a statement and said: “Chanel is not for sale, Chanel is not preparing for an IPO, I just want to reconfirm that for the hundredth time this year. The numbers we’ve shared show that our strategy is exactly the opposite of a company preparing for a sale or an IPO. We’ve increased our level of investments… to prepare for the long term. We’ve increased our headcount ahead of the curve at the risk of slightly eroding our short-term margins, which we don’t care so much about, to prepare for the long term. That remains our strategy.”

There have been a significant amount of contributors to the label’s high worth, which include its best-selling beauty products, as well as its ban on exotic skins and fur in forthcoming collections.

Now, find out everything you need to know about Karl Lagerfeld’s memorial, which is taking place tomorrow.