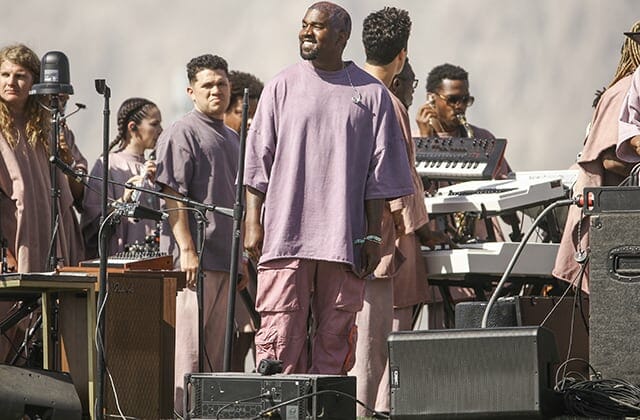 It looks like Kanye West is making another fashion line and here's what we know so far...

Last year, Kanye West was on track to become a billionaire thanks to his Yeezy line, and with the success of his fashion empire, there was only one thing left to do. And that was to launch another one.

Adding another fashion line to his portfolio, the American rapper filed an application to trademark “Sunday Service”, and according to the U.S. Patent and Trademark Office, the trademark was filed for “bottoms, dresses, footwear, headwear, jackets, loungewear, scarves, shirts, socks and tops.”

West began the “Sunday Service” concept earlier this year, and he later brought the pastel-coloured notion to life at the Coachella Valley Music & Arts Festival in April for Easter Sunday. It has brought a slew of celebrities including the whole Kardashian-Jenner family (well, obviously), Katy Perry, Orlando Bloom, Diplo and Courtney Love, too.

You know what this means right? Those expensive socks sold at Coachella will now become available to much larger audience — us included.