Just in: Louise Trotter exits her post at Joseph 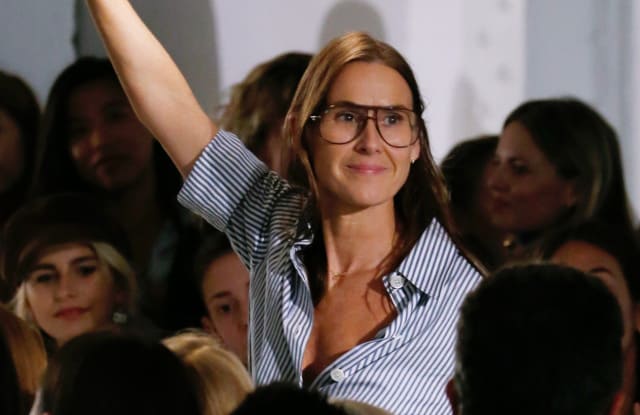 Just a few months short of a decade, Joseph's Creative Director is making her departure from the label. Here's what we know so far...

Over the weekend, the fashion industry was hit with some shocking news following Louise Trotter‘s decision to exit her post as Creative Director at Joseph.

The British designer first joined the label in 2009 (just after she left her post as Creative Director at  British high street label Jigsaw) and for nine years has been injecting her minimal aesthetic into bi-annual collections. During her tenure, Trotter has been known for reinventing essentials and luxe separates.

According to WWD, Trotter marked her departure with a heartfelt message that said: “Working for Joseph for the past nine years has been an incredible experience, and I feel very lucky to have been surrounded by such an amazing and talented team who worked alongside me with passion and creativity. I would like to extend my heartfelt thanks to my team and the brilliant collaborators who have travelled on this journey with me.”

Trotter’s last day at Joseph will come at the end of August, and her final collection for the brand will be for the Pre-Fall ’19 season. Her successor is expected to be named shortly after. Watch this space!

In the meantime, take a look at how Trotter added a sporty aesthetic to minimal luxury dressing for Spring/Summer ’17.