Middle Eastern fashion is in the spotlight...again
February 11, 2018
Meeran Mekkaoui 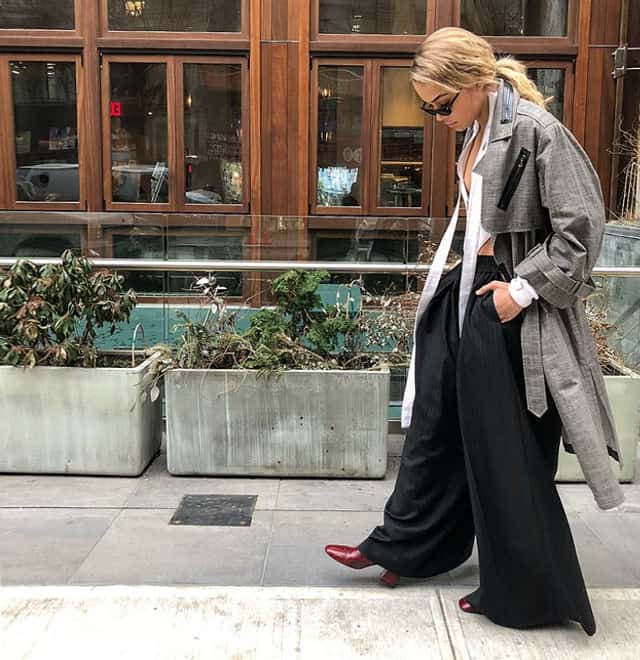 Jasmine Sanders was just spotted wearing a piece by Lama Jouni. Find out how she styled it here...

More than ever before, millennial it-girls are donning Middle Eastern designers and incorporating these beautiful pieces into their wardrobes.

In the Big Apple to witness the unveiling of some achingly cool autumnal collections during Fashion Week, Jasmine Sanders (aka Golden Barbie) was in town to sit front row at some of the shows and was captured wearing a pair of Lama Jouni’s box pleat, pinstriped pants from the designer’s Spring/Summer ’18 collection.

We can’t wait to see what other Middle Eastern designers are spotted on the streets in the next few days.

Also, find out which Middle Eastern designer dressed Beyoncé at the Grammy Awards.