Hend Sabry makes the case for the single-sleeved dress 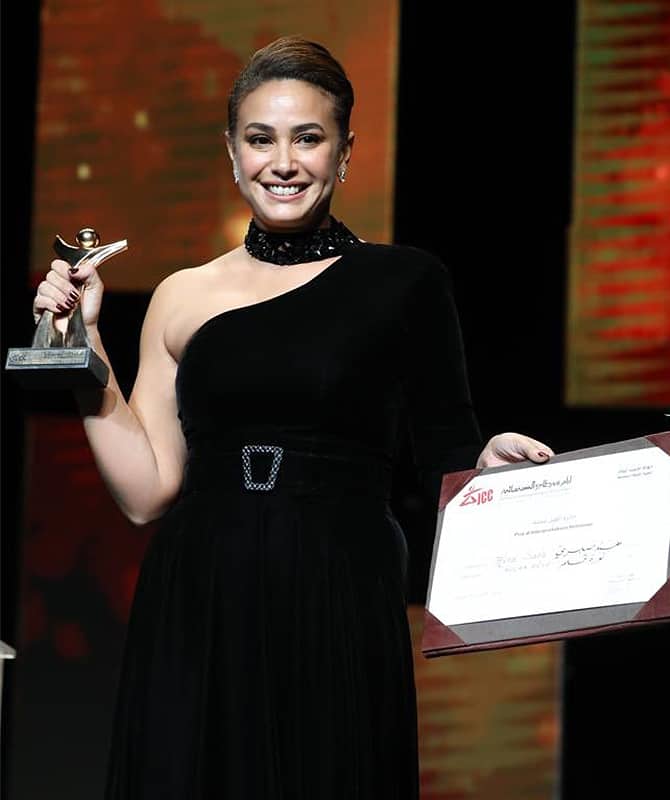 She’s known for her timeless elegance on every red carpet she walks, and this film festival season is no different; Tunisian-Egyptian actress Hend Sabry has been knocking it out of the park and it’s still only November.

The last time the Arab world saw Hend in full red-carpet regalia, it was at the third edition of El Gouna Film Festival, where the actress, lawyer and UN World Food Programme ambassador served up a bevy of red carpet looks, from starry embellishments to floor-grazing drama, that solidified her as one of the season’s best dressed.

Yes, Hend’s glamour can take many forms, and this Sunday, she definitely set the bar high on how to achieve it with seemingly effortless grace as she took to the red carpet at the 2019 Carthage Film Festival in Tunisia in a resplendent black single-sleeved Maison Esthere Maryline gown.

Modern and chic, Hend’s silk velvet dress featured a Swarovski encrusted neckline that connected to her slinky single sleeve, offering just the right amount of peekaboo skin. She accentuated her waist with a figure-hugging belt and kept her hair chic in a neat updo.

Tunisian-based brand Maison Esthere Maryline is renowned for its elegant silhouettes and love of rich and beautiful fabrics such as lace, embroidery and crystals. Founded by couturier by Souhir El Gabsi, the label has found a following in the likes of Laila Elwi, Anita Chui, Victoria Bonya, Karina Zhosan and many more.

Not only did Hend win on the red carpet, but the actress took home the Best Actress Award for her phenomenal performance in director Hinde Boujemaa’s film Noura‘s Dream, the same role in which Hend won Best Actress for back in September at the El Gouna Film Festival.

The drama, which also won an award that night for Best Feature Film, sees Hend play Noura, a wife and mother who is trying to escape from life with her abusive husband to flee with her love, Lassad.

The actress quickly took to Twitter to thank fans for their support, expressing her feelings of winning in her hometown as “indescribable.”

Now, find out which Jennifer Lopez look just shut down the red carpet.