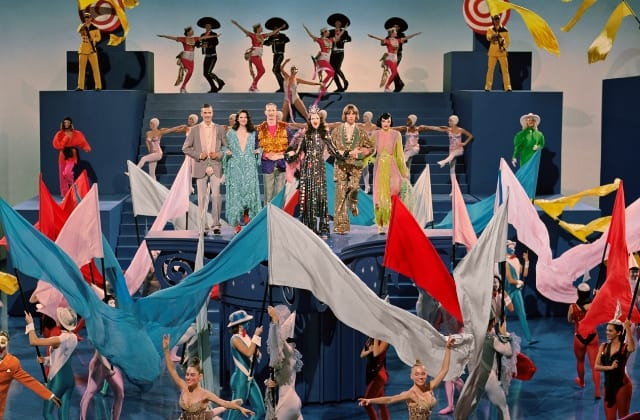 Bad day? Nothing a bit of high-kicking Gucci content can't fix. Creative Director Alessandro Michele has gone back in time to Hollywood's golden age for the brand's S/S'19 campaign...

Just as Gucci dropped some epic fine jewellery pieces last week, there’s another reason to feel the Gucci love today. We’ve just seen the campaign for the S/S’19 collection and it’s put us in a very good mood, inspiring our inner magpie to leap out, singing and dancing…

Just by looking at the photos below, it looks like the stills from a production of Gucci the Musical (seriously though, can that be a thing?).

Shot and directed by Glen Luchford, the campaign’s look and feel was taken from films like Singin’ in the Rain, There’s No Business Like Show Business, Gentlemen Prefer Blondes and An American in Paris which represent Hollywood’s era of celebrity glamour and theatricality.

In a nutshell, the campaign delivers a whole lot of joy, glitz and glamour. It’s taken us back in time and encouraged a classics-binge on Netflix.

And while we’re at it, check out what new releases Netflix will have this month.