Get caught up: All of the fashion news you missed this weekend 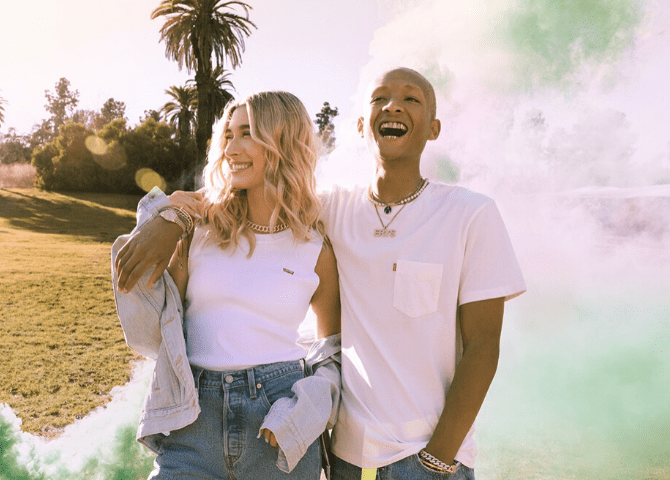 Whilst the COVID-19 pandemic continues to take over the global headlines, here's some fashion news you might've missed...

Levi’s new campaign was supposed to coincide with festival season this year but with the world on lockdown, Levi’s turned its focus to sustainability. The brand teamed up with Hailey Bieber (her second campaign with Levi’s), as well as Jaden Smith for a captivating series of images that feature a collection of denim cutoffs, printed button-downs and trucker jackets.

Movement restrictions in the UAE have been eased and with that, malls across the country have slowly started to open its doors again. The Dubai Mall, in particular, opened this week – which means a new pop-up at Level Shoes is ready to welcome customers to a brand new experience. Valentino’s SuperVee pop-up is open and it’ll be remained open until May 10.

You can still celebrate the Met Gala

One of the biggest nights in fashion, if not the biggest, was supposed to take place tomorrow, however, with the lockdown in full force, all major events have been postponed or cancelled due to the current pandemic. The Met Gala won’t be taking place so instead, there’s a new #MetGalaChallenge that encourages people to re-create some previous standout red-carpet looks – all you need to do is post the image on social media. You’ll also be able to watch an exclusive livestream that celebrates the first Monday in May, titled “A Moment With the Met”.

Now, find out which item was the most searched-for fashion item of 2020.