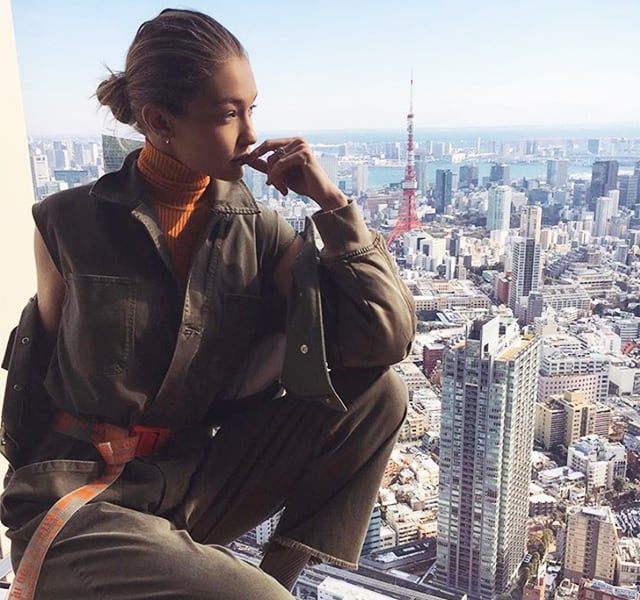 Instagram has revealed a list of fashion models and designers with the highest engagement and number of followers and the number one spots come as no surprise...

Instagram is the ultimate go-to social media platform in today’s digitalised world. Whether we use it for news, or for a little style inspo here and there, the fact is that almost all of us are almost always on it. And it turns out a whole bunch of us like and interact with the same big names.

Instagram has released a list of the most-followed models and designers, along with those with the most engaged followers for 2017.

Unsurprisingly, millennial it-girls dominated the most-followed models on Instagram with Kendall Jenner taking the number one spot with a whopping 87.6 million followers. The American model (who was spotted wearing a Beirut-based label a few months ago) was followed by Burberry’s finale model Cara Delevingne with 41.1 million followers. The list then sees the Hadid sisters (obviously) in third and fourth and Emily Ratajkowski taking the fifth spot.

On the designer front, it came as no surprise that Gucci‘s Alessandro Michele took the top spot for most-engaged followers in 2017. The brand alone added eight million followers to its Instagram account in the same year, undoubtedly due to the Michele effect.

The list also included renowned designers such as Haider Ackermann, Molly Goddard, John Galliano and Supreme (whose followers rose rapidly after its collaboration with Louis Vuitton for F/W’17). Coming in at number 10 is Off-White‘s Virgil Abloh — no surprise given his extensive reach thanks to his collaboration with Jimmy Choo, his swimwear line and new diffusion labels.

Whilst Gigi and Bella took the top spots for most-followed models on Instagram, they didn’t appear on the list for those with the most-engaged followers. The top spots here fell to the likes of Julia Ratner, Mayowa Nicholas and Paulina Frankowska who took the first three spots. The list also included brother and sister duo Presley and Kaia Gerber (who both won at the Model of the Year Awards 2017).

The Top 10 Designers With the Most-Engaged Followers in 2017

The Top 10 Models With the Most-Engaged Followers in 2017