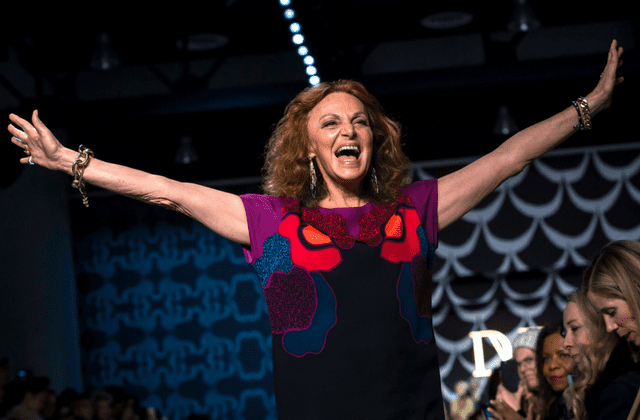 Following Jonathan Saunder's announcement last month that he was leaving his post at DVF, the brand has just revealed its new head of design. Find out who it is below...

Jonathan Saunders sent shockwaves around the fashion community last month when he announced that he was leaving his post at DVF after only 18 months with the brand. The decision, which was effective immediately, came as a surprise to many in the industry given the positive affect Saunders had on the label and its overall image.

Now, less than one month after the announcement was made, the brand has revealed its new head of design — and it turns out he’s no stranger to the house. Nathan Jenden will take the reigns as Chief Design Officer and Vice President, Creative, marking his return to the label after having worked alongside Diane at the brand for a decade in the early 2000s.

In a statement Diane said of the appointment: “It is with joy and pride that I look forward to welcoming Nathan back at DVF. Nathan is an extremely talented and technically skilful designer who also has a great gift for surrounding himself with young, emerging talent. He totally embraces the DVF woman, and the brand enjoyed its greatest commercial success during his tenure.”

We won’t have to wait long to see Jenden’s stamp on the label as he will present his first collection for the brand during the F/W19 show in New York next month. In the meantime, see which other big name designer recently resigned from her post after a decade.