Take two: Selena Gomez is back for Coach’s S/S18 campaign 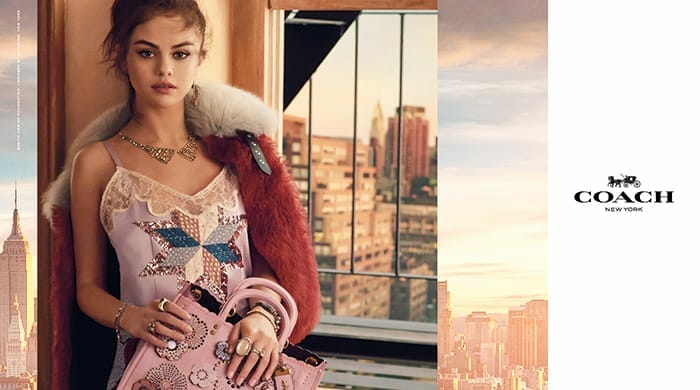 Last year, Selena Gomez was announced as the new face of Coach after it was revealed that the musician’s connection to a generation was what caught the attention of Creative Director Stuart Vevers. “Selena is a rebel and a romantic, a dreamer and a doer who boldly charts her own course. To me, she speaks to a generation; she connects, ” Vevers explained.

Following the release of her first campaign for Fall ’17, Selena then teamed up with the brand to create the limited edition Grace handbag. Now, news has emerged overnight that their second campaign is set to launch in stores this month.

Focusing on the brand’s New York City roots, the new campaign sees Gomez in a loft with a sunset view of the Big Apple. Dressed in several key looks from the Spring/Summer ’18 runway show, it is the on-point accessories that stole the spotlight — particularly the all-new Parker and Tea Rose handbags.

Of the campaign, Gomez said: “Stuart Vevers makes New York feel like a town, a real community. It just feels like this is where the brand really lives.” 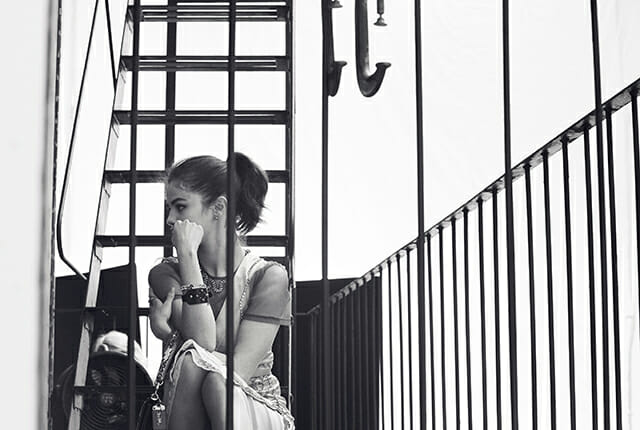 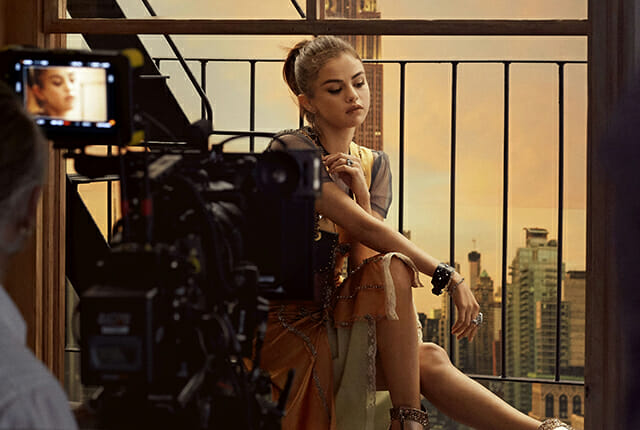 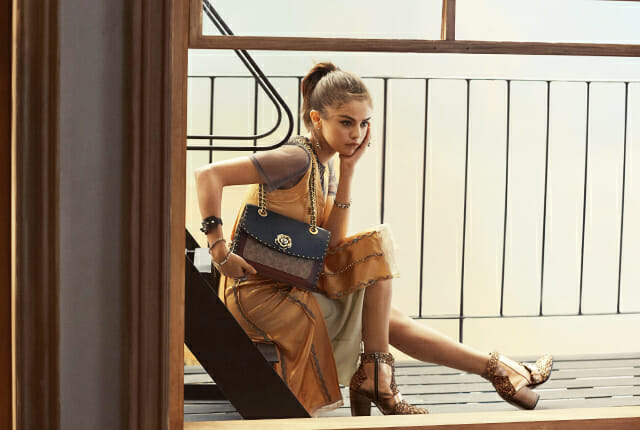 Behind the scenes, the artistic vision came to life thanks to a team of professionals: fashion photographer Steven Meisel, creative director Fabien Baron and makeup artist Pat McGrath, who all worked with Vevers and Gomez on the previous campaign, too.

“Steven Meisel’s photography brings a layer of magic to those seemingly everyday situations. Whilst Selena has a warmth that’s special-there is also an authenticity and realness to her that brings the campaign to life,” said Vevers of the team.

The campaign also includes a short film with Gomez’s latest tune “Wolves” playing in the background. Watch the video above and then browse through the campaign images below…