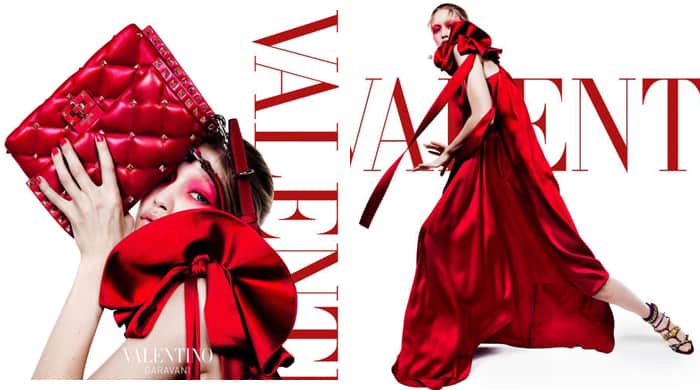 Since Pierpaolo Piccioli took the reigns solo at Valentino (after Maria Grazia Chiuri’s exit from the label) the designer has radically transformed the creative vision of the house.

From his Spring/Summer ’17 campaign which featured monochrome portraits and artistic prints to the Pre-Fall ’17 show in New York City, S/S17 haute couture and F/W17 collection in Paris, he has taken a cooler, and more graphic, approach to proceedings.

Inspired by the glamour and joy of the new year, Dutch photography duo Inez and Vinoodh (who also shot the star-studded Tiffany & Co. campaign) captured the contemporary beauties as they danced around the Pier 59 Studio in New York. The modern campaign is reminiscent of those from the ’80s as Piccioli artfully fuses the house’s past with its present.