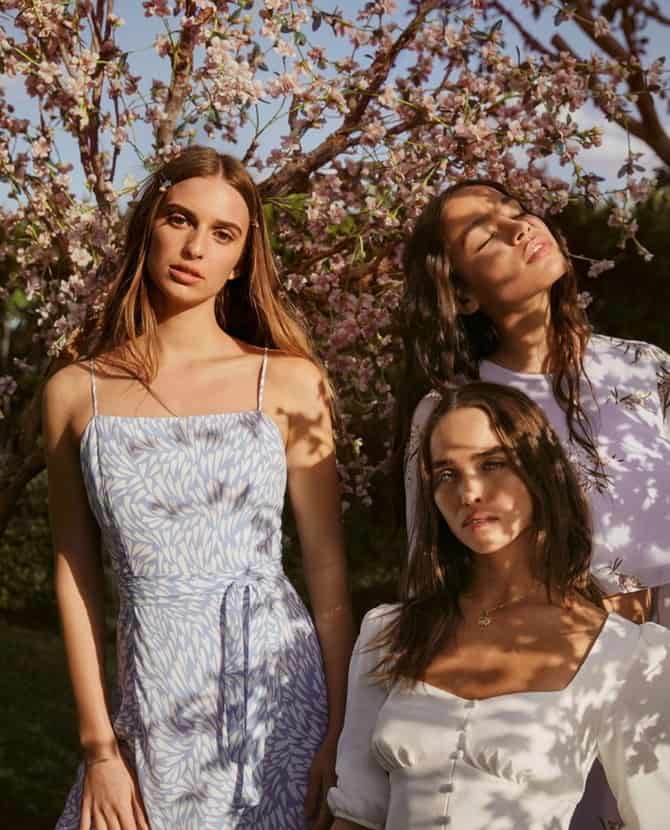 It looks like the von Furstenberg is full of designers. Just look at Diane's granddaughter, Talita, who has now designed a capsule collection...

When you’re born into a family of creatives, it’s very likely you’ll be influenced to partake in the same career. And that’s exactly what’s going on in the von Furstenberg clan.

DVF’s granddaughter, Talita von Furstenberg, has just designed her first capsule collection – especially for her grandmother’s line, which is filled with floaty summer dresses and separates.

It’s niftily called, ‘TVF for DVF’ and it’s setting the scene for what will be a very long and fruitful career for the 19-year-old. In a statement, mini von Furstenberg said, “I’ve looked up to my grandmother my whole life and she has successfully leveraged a fashion empire to help and inspire countless women. I hope to follow in her same footsteps.”

She also added that, “I designed TVF for DVF as a reflection of my personal style — feminine and soft. The entire collection gives off happy, warm, and effortless vibes that make it easy to blend into your own wardrobe.”

Right now von Furstenberg is studying at Georgetown University but she has dabbled in the fashion world quite extensively already. She has modelled for DVF’s  F/W’18 collection and appeared in Teen Vogue as a model for Dolce & Gabbana.

It definitely looks like her career is going in the right direction.

Now, in the same vein, Sofia Richie has a new fashion label.