A legend for a legendary icon of design
April 28, 2019
Georgie Bradley 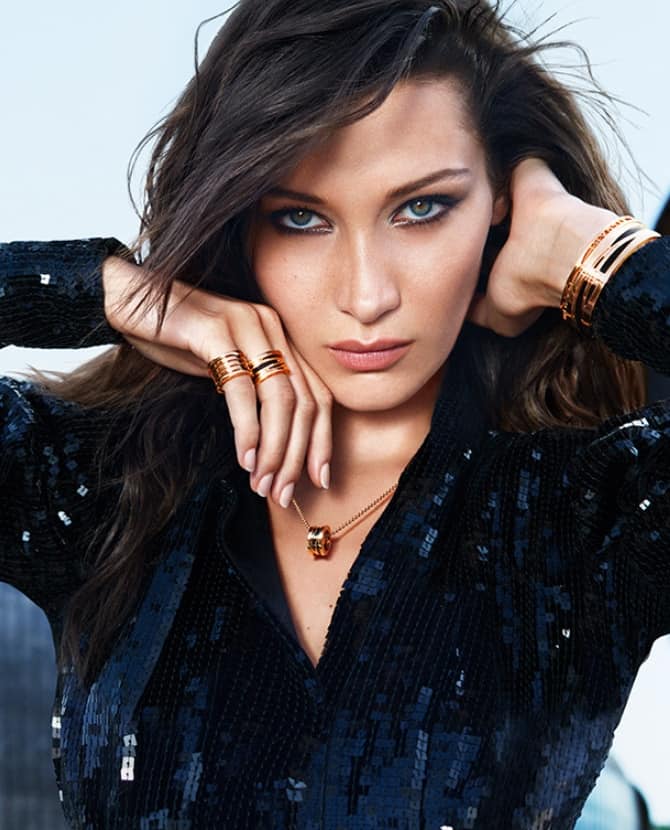 Bvlgari's millennial muse gets in front of the lens once again to front the jewellery maison's 20th anniversary campaign for the B.zero1 collection…

Jewellery is about making a statement. And if there’s one name that nails it on the head when it comes to a ‘more is more’ ethos for your personal hardware, it’s got to be Bvlgari.

Famously inspired by Rome‘s Colosseum, the architectural design of their signature B.Zero1 collection is celebrating its 20th anniversary.

And if there is one supermodel muse who represents edgy and anti-conformity, it’s Bella Hadid. This is her second time fronting the B.zero1 campaign and she’s still that same rockstar.

A quick recap on the collection:

– The four 5-bands celebratory rings are engraved with “XX Anniversary” on their internal ferrule, marking them as collector’s items.

– They come in white gold completely diamond paved, in yellow gold and solid white gold, like the original 1999 edition.

– And for the first time in rose gold.

So, now you can see Hadid blinged out in Bvlgari’s B.zero1 campaign…

As Hadid demonstrates, it’s all about bold self-expression. And with so many ways to rock B.Zero1, the only rule to remember is to break them all…

Now, go back and see the 20th anniversary B.zero1 collection.