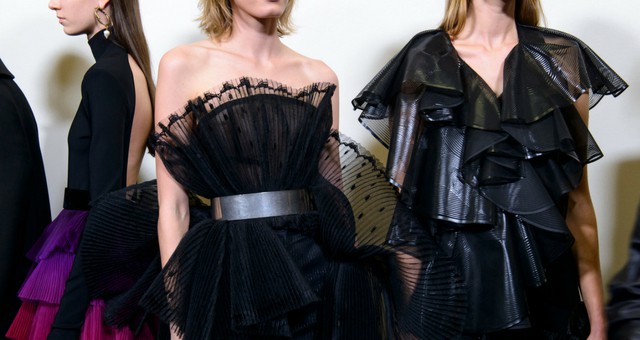 Couture Week will begin in a matter of weeks in Paris and one designer has revealed the inspiration behind her newest collection ahead of the show.

Givenchy designer Clare Waight Keller has revealed that she will dedicate the brand’s upcoming Fall 2018 couture show to the house’s late founder Hubert de Givenchy. It will be called Caraman, after the building which the couture house calls home on Avenue George V in Paris.

According to WWD, the house said the collection will be “an homage to his iconic creations, technique and personal lexicon” as well as “a celebration of his timeless elegance and grace, imbued with Waight Keller’s fresh take on the Givenchy spirit.”

It’s been a big few months for Waight Keller having dressed the Duchess of Sussex for her wedding to Prince Harry last month and for her first solo outing with the Queen last week.

The Givenchy Fall 2018 Couture show will take place in Paris on July 1.

Until then, discover which famed designer has inspired the V&A’s new museum in London.