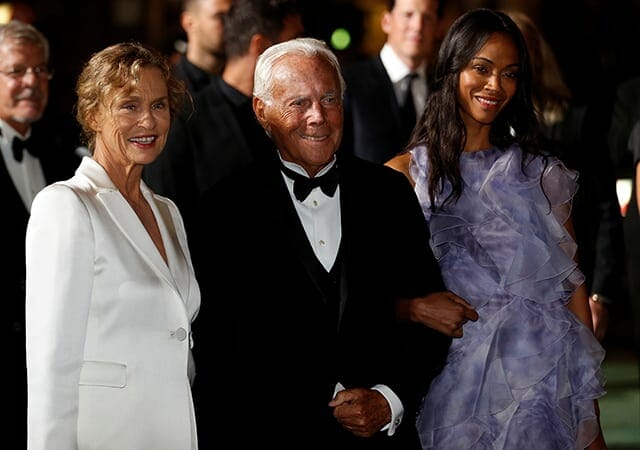 In the midst of the Venice Film Festival, Chopard and Eco-Age revealed a few more details about the upcoming Green Carpet Fashion Awards...

With more and more designers jumping on the sustainability train launching eco-friendly collections, brands are being recognised for their works at the annual Green Carpet Fashion Awards which usually takes place during Milan Fashion Week every year.

Following the inaugural event last year (which saw the likes of Gucci’s Alessandro Michele, Dsquared2’s Dean and Dan Caten and Missoni’s Margherita Missoni in attendance), we’re just a few weeks from witnessing the second edition take place later this month and whilst we already know some details, there have been two new announcements overnight.

Organisers of the upcoming red carpet event, Camera Nazionale della Moda Italiana, Eco-Age and luxury jewellery maison Chopard, came together at a luncheon during the Venice Film Festival (where we spotted Lady Gaga sporting Hedi Slimane’s first handbag designs for Céline) to unveil this year’s trophy, as well as to announce who will take home the Visionary Award.

Marking the second time Chopard has created a trophy for the Green Carpet Fashion Awards, we can expect to see the masterpiece represent a woman, who will have long braids made with ethical gold. According to WWD, the brand stated that it will be “draped in a long robe made of aluminium to lend a lighter touch [and] the silhouette of this noble 21st-century heroine evokes the models sketched by fashion designers. She appears surrounded by a halo, borne by a thermoformed Plexiglas cape featuring engravings evoking a golden apple tree.”

Also, the second edition of the awards will bestow the Visionary Award to renowned British journalist and fashion critic, Suzy Menkes.

The Green Carpet Fashion Awards will take place during Milan Fashion Week on September 23, 2018, at the La Scala theatre. Make sure to watch this space!

In the meantime, take a look at which fashion brand will be launching clean silk soon.