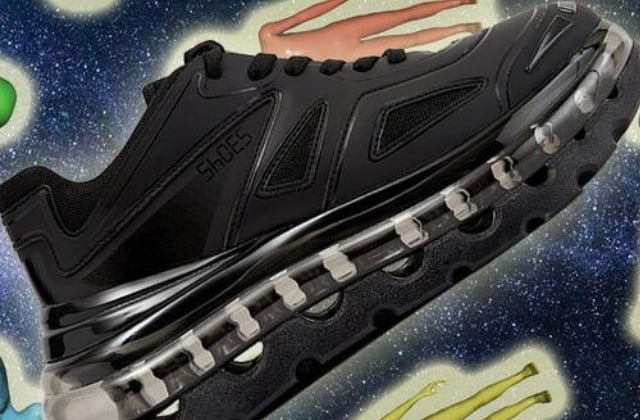 Ugly sneakers are the new stilettos. And they kind of have been for a while. So this should excite footwear fans: Balenciaga's David Tourniaire-Beauciel – the creator of the Triple S sneaker – is launching a new line...

We’ve long pioneered for the ugly sneaker movement. We know it’s not to everyone’s taste but the trends don’t lie – dad trainers were all the rage last year and they’re not going anywhere, anytime soon.

And Balenciaga‘s David Tourniaire-Beauciel, the creator of the Triple S sneaker, knows it. Now, after the wave of Triple S success, he is launching a new direct-to-consumer line, Shoes 53045 (the numbers spell “shoes” upside down). The look of the shoes will be distinguished by a thick, platform bubble sole, which we’re sure will speak to those who enjoy some comically loud footwear.

The brand is going to land with a Dhs1,470 (USD$400) sneaker lace-up style which is available for preorder now. Future releases will have the same sole but will look radically different on the upper part. 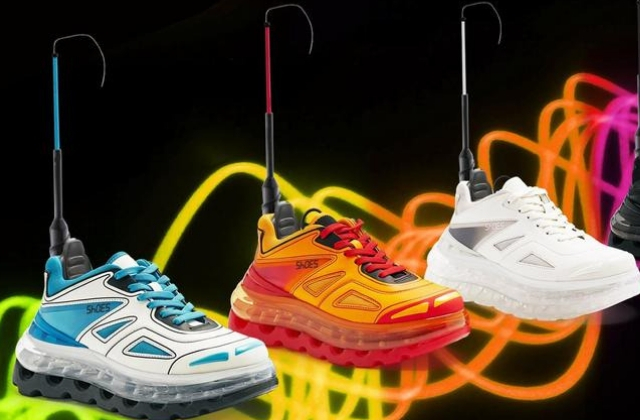 Tourniaire-Beauciel, who has more than 25 years experience in footwear design and has worked under Jean-Paul Gaultier, Phoebe Philo at Chloé, Martin Margiela and Riccardo Tisci at Givenchy, has said, “Before, there was this French proverb saying you need to suffer to be beautiful; Now, it’s over, we want to be comfortable.”

According to Businss of Fashion, the differentiator for Shoes 53045, is the mix of European design with athletic-shoe technology developed with Chinese manufacturers that creates the lightweight but voluminous platform sole.

We can’t wait to see what’s in store for this line. Because something tells us they’ll be on our feet for work and play.

Now, see which brand Gigi Hadid walked for, for the first time this week.