Bulgari has made a donation to preserve a Roman archeological site 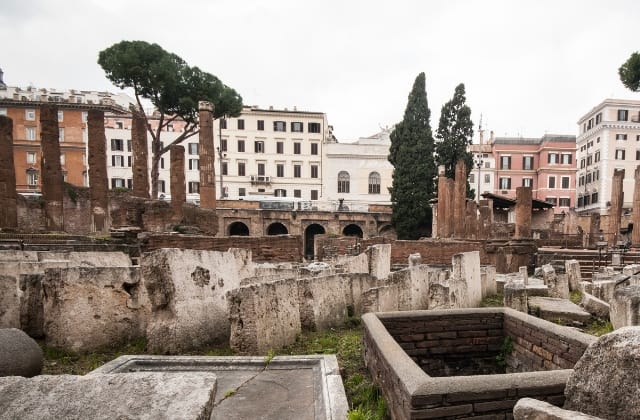 Luxury Italian house Bulgari is stepping forward to restore a Roman archeological site. And it's not the first time they've funded the preservation of cultural heritage...

Bulgari has always straddled the lines of luxury and heritage by crafting the most beautiful creations in the form of jewellery, accessories, leather goods and fragrances. The luxury Italian house’s offerings are always on point and make for super gifts for loved ones (and to yourself, of course).

But Bulgari makes other offerings, too, in the form of some very excellent corporate social responsibility.

The house, which is headquartered in Rome, is donating Dhs2,074,455 (€500,000) to develop the archeological site of the Area Sacra in Largo Argentina, which will be accessible and regularly open to visits for the first time.

And according to WWD, this is not the only project the house has committed to restoring. The sum will be added to the remaining Dhs2,014,458 (€485,594) of the funds allocated for the restoration of the Spanish Steps as per the agreement signed by Bulgari in 2014 in which it was established that any remaining funds would be allocated to projects preserving the cultural heritage of the city. At the time, Bulgari revealed it planned to support the restoration of the Spanish Steps and pledged to donate Dhs6.2 million.

Jean-Christophe Babin, Chief Executive Officer of the Bulgari Group said, “We are very proud of this further gift to the Eternal City: after the restoration of the Spanish Steps, which have always been a meeting point for Romans and tourists, we will enhance another site at the center of the social and spiritual life of the ancient capital.”

Completion is set for the second half of 2021.