A nod to her superhero role
February 28, 2019
Georgie Bradley 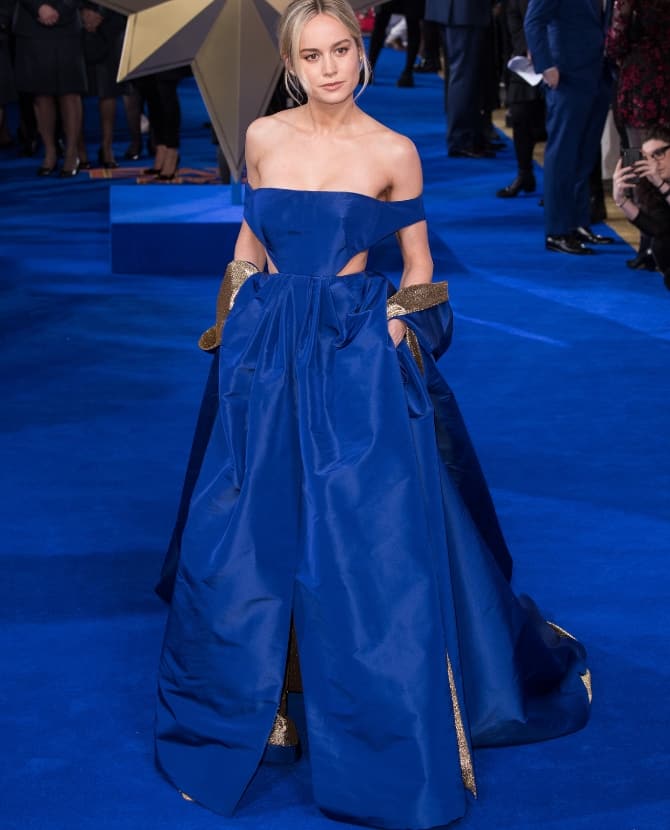 Even though awards season is officially over (*cries*), the red carpet (or blue in this case) action continues. We can't get over Brie Larson's custom Valentino gown from the premiere of Captain Marvel...

This week should officially be renamed ‘the week of the gowns’. Since the 2019 Oscars, our radar has been on overdrive with jaw-dropping red carpet wares because, everywhere you look, there’s a new story about what the stars wore. From Lady Gaga’s Tiffany & Co. dazzler of a necklace to Emma Stone’s Louis Vuitton dress (which apparently took a whopping 712 hours to make), to these 7 hot Oscar looks that you can buy right now online – it’s clear we’re still not done with post-awards season coverage.

Because now, Brie Larson has us lusting over her custom Valentino gown.

The Oscar-winning actress (she won best leading actress for Room back in 2016) turned up to the London premiere of Captain Marvel in a gown created by Pierpaolo Piccioli. The blue, off-the-shoulder gown was completed with a matching cape and gold accents, giving a nod to the superhero’s uniform – on the blue carpet, no less.

Larson is the titular character in Captain Marvel which is apparently the first time a woman is in the lead role in the franchise according to WWD. Claps all round…

Now, see who J. Crew’s snapped up as its new Creative Director.