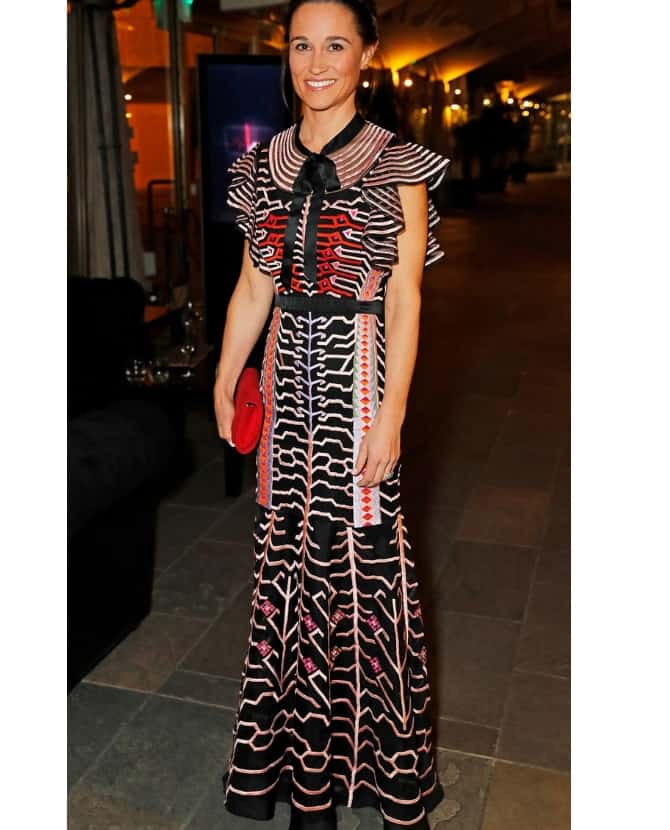 It's been a while since we last saw new mum Pippa Middleton. Last year she wore a beautiful Temperley London dress to the British Heart Foundation's Beating Hearts Ball...

Pippa Middleton hasn’t been on our radar of late – unlike her in-laws who have been riding a big wave of royal duties. But there’s been a legit reason for her absence. Since the birth of her son, Arthur Michael William Matthews, on 15 October last year, she’s been taking time off, adjusting to life as a new mum.

But last night marked her first official return to the event circuit. As an ambassador for British Heart Foundation, she attended the annual Beating Hearts Ball in London. And boy did she make a strong sartorial return.

She chose to wear an embroidered, high-neck gown from Temperley London, teamed with a red clutch bag and sparkling stud earrings, as she welcomed guests before a three-course meal at the historic Guildhall.

The night unfolded with a raffle afterwards and a silent auction serving up VIP experiences to raise moeny for the charity’s life saving research into heart and circulatory diseases. Pippa said she was “delighted” to be a part of it. “It has been a fantastic evening and people have been very generous with their support,” said Pippa. “The money raised from the Ball will help fund research into cures and treatments for conditions like heart disease, stroke and vascular dementia, ending the heartbreak for families across the UK.”

We’re sure this is the start of many more events for Middleton, now that’s she’s back on the scene.

Now, check out which recent Oscar winner will probably star in the next Bond franchise.