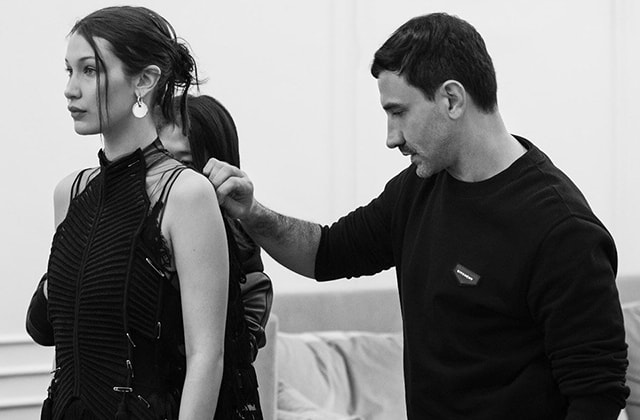 It has just been revealed that Riccardo Tisci will replace Christopher Bailey at Burberry...

Christopher Bailey held his final show for Burberry after 17 years with the brand during London Fashion Week and the fash pack was left to speculate who would fill his shoes. There had been very few rumours surrounding his replacement but it has been confirmed just now that ex-Givenchy designer Riccardo Tisci will take the helm of the iconic British brand.

Tisci’s new role will be effective from March 12 and will see the designer relocate from Paris to London. He will be in charge of all Burberry collections moving forward and his first show for the brand will be in September.

In a statement, the designer said, “I am honoured and delighted to be joining Burberry as its new Chief Creative Officer and reuniting with Marco Gobbetti. I have an enormous respect for Burberry’s British heritage and global appeal and I am excited about the potential of this exceptional brand.”

No further details have yet been released. Stay tuned for more updates.

In the meantime, see the latest shows from Paris Fashion Week.