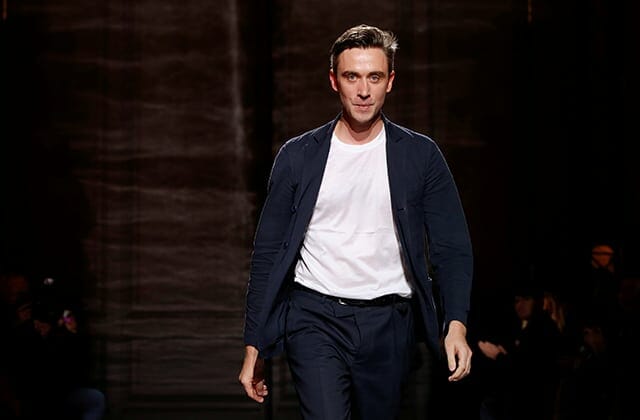 It's confirmed! Guillaume Henry is leaving Nina Ricci after three years. Here's what you need to know...

Power moves within the fashion industry have begun a game of musical chairs following Christopher Bailey’s exit from Burberry and Riccardo Tisci taking over his post, and Hedi Slimane’s new role at Céline after Phoebe Philo’s shocking departure from the house. Now, Nina Ricci is going through a creative change.

Earlier this month, the fashion house was circulating the news headlines with rumours that its Creative Director Guillaume Henry was leaving the label and although the brand denied the rumours, it’s finally been confirmed that Henry has indeed left his post at the company.

Henry’s resignation comes after three years at the helm of the French fashion house — he was appointed as Creative Director in October 2014, succeeding Peter Copping. His last collection for the maison was recently showcased during Paris Fashion Week for the Fall/Winter ’18 season and the next collections will be designed by an in-house team.

According to WWD, the brand said in a statement: “After three years of mutually gratifying creative collaboration, Nina Ricci and Guillaume Henry have together decided that the designer will depart the house after the presentation of the Fall/Winter 2018-19 collection.”