The legendary man behind the lens...
September 4, 2019
Meeran Mekkaoui 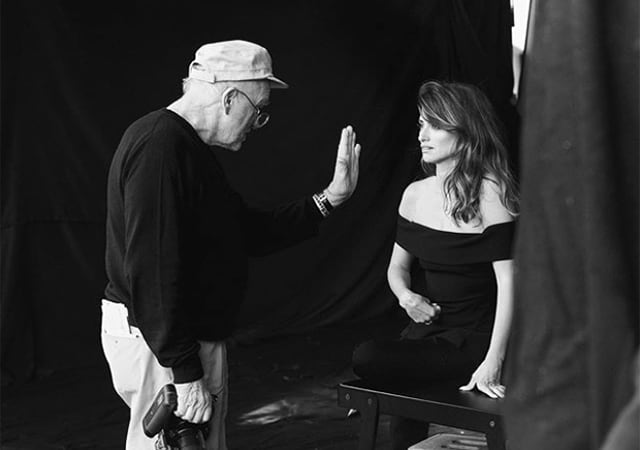 Today we mourn the loss of one of the most influential contemporary photographers of our time...

Peter Lindbergh, the German-born photographer and film director widely respected and recognised for his cinematic images and fashion shoots, has passed away at the age of 74 on September 3rd.

The news of his passing was announced an hour ago via Instagram, alongside one of his photographs.

Considered to be a pioneer in photography, it was in part due to him introducing a new form of beauty by capturing the human face in all its imperfections with timeless images (remember that barefaced January 1990 cover of British Vogue with Linda Evangelista, Naomi Campbell, Cindy Crawford, Christy Turlington and Tatjana Patitz?).

Mostly recently, the late photographer teamed up with the Duchess of Sussex for an issue that celebrated ‘forces for change’. This magazine issue featured a slew of powerful women including Salma Hayek, Jane Fonda, Greta Thunberg and Gemma Chan.

He is survived by his wife Petra, his first wife Astrid, his four sons Benjamin, Jérémy, Simon, Joseph and seven grandchildren.