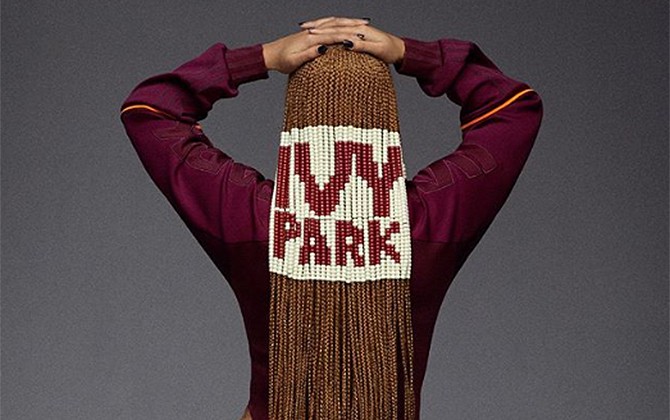 If you’re not following Beyoncé on Instagram, then you’re definitely missing out; from sharing backstage concert selfies to intimate behind-the-scenes moments with Blue Ivy and the twins as well as holiday snippets of her travels with Jay Z, Queen Bey has invited her hive and the world on her journey as she navigates her roles as singer, actress, dancer, mother, activist (the list goes on), that prove although a queen, she’s still actually a relatable human. One who apparently, still hits the gym just like the rest of us, according to her latest post.

Yes, after months of anticipation following Beyoncé’s announcement that her Ivy Park ath-leisure brand is teaming up with German sportswear giant Adidas for its next collection, the  multi-hyphenate superstar just revealed on Instagram pieces from the new line with a series of fierce posts to get the heart racing. The new drop, which will release January 18, will feature a complete unisex collection and includes accessories as well as footwear, a first for the Ivy Park brand.

“My mother instilled in me the idea that creativity starts with taking a leap of faith-telling your fears they are not allowed where you are headed. And I’m proud to do that with adidas,” Beyoncé revealed about the collection in a recent interview. “I am excited for you to see the campaign for the first collection of this new partnership. It incorporates my personal style and expands that to include something for everyone. I love experimenting with fashion, mixing high and low, sportswear with couture, even masculine and feminine. This new line is fun and lends itself to creativity, the ultimate power.”

Although very coy about the full lineup, the hot new imagery gave us a sneak peek at some gold jewellery with a gold grill and anklet, as well as a pair of low top Ivy Park x Adidas sneakers with the iconic triple stripe in a white-burgundy colourway, and a maroon windbreaker with orange piping, which Beyoncé wore in a picture of herself from behind, complete with beaded hair with the words “Ivy Park”.