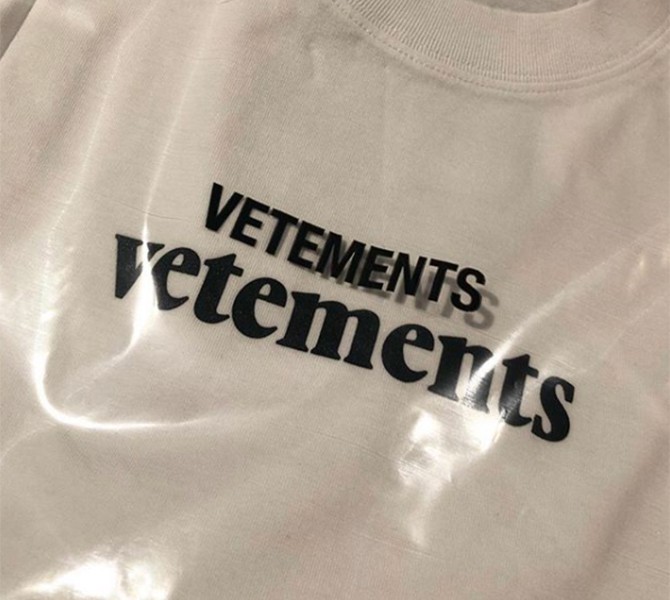 In tandem with the upcoming Star Wars Episode IX: The Rise of Skywalker film set to hit theatres on December 19, Vetements has revealed it is dropping a new, limited-edition capsule collection in collaboration with the cult Sci-fi fantasy saga.

VETEMENTS x STAR WARS™ LIMITED EDITION COLLECTION VETEMENTS is releasing a limited edition Star Wars capsule collection. The 44-product collaboration is inspired by the most iconic VETEMENTS pieces and the Star Wars legacy. The collection offers items for men and women and ranges from limited edition logo t-shirts, oversized hoodies, socks, caps and backpacks to evening dresses and high heels. The collaboration will be launched at selected VETEMENTS retailers worldwide on 16th of December 2019 #VETEMENTSxSTARWARS

Making it debut at Moscow’s TSUM store this Thursday, then online at select retailers including SSENSE, the 44-piece collection spans a selection of the hyped brand’s most iconic items. Think limited-edition logo tees, oversized hoodies, caps, and backpacks all on the line-up. The Zurich-based fashion house also confirmed that there will be evening dresses and heels amidst the drop, all inspired by “the most iconic Vetements pieces and the ‘Star Wars’ legacy,” according to the brand’s latest Instagram post.

The public will get its first chance to buy the limited-edition pieces this December 12th at a party and selling event at Moscow’s luxury department store Tsum. After the launch, fans abroad will be able to purchase the collection in stores including Harrods and Flannels in the U.K., The Webster in America, Four and Azzurro Due in Amsterdam, Club 21 in Thailand, Vitkac in Poland, I.T in China, Boutique Roma in Switzerland, Boon the Shop in South Korea, Breuninger in Germany, and Adelaide in Japan.

But until then, the designs are still under wraps, but here’s hoping there will be an “I am your father” graphic tee in there somewhere!