Balenciaga vs. Gucci: Which Kering brand is the fastest growing?

It has just been revealed
May 27, 2018
Maddison Glendinning 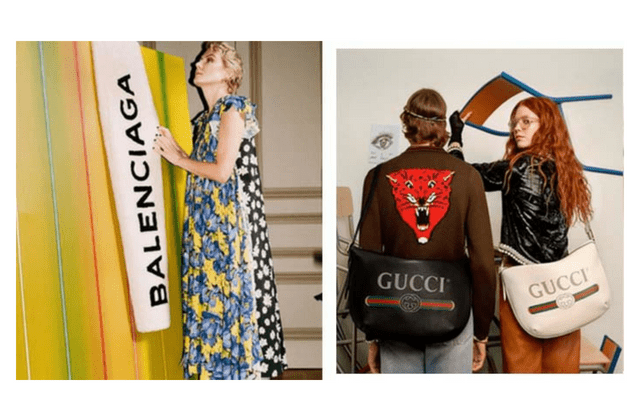 Kering has just revealed which of its brands is the fastest growing and the answer might surprise you...

Everyone in the fashion industry knows that Gucci is a seemingly unstoppable force. The brand has experienced one of the most unprecedented revivals in fashion history to become of the world’s top selling brands (so much so that they have stopped going on sale as there is no need). And although the brand was revealed to have enjoyed a 49 per cent sales jump in the first quarter of 2018, it turns out that the Kering-owned label isn’t actually the luxury conglomerate’s fastest growing brand.

That title goes to Balenciaga.

According to Business of Fashion, at the Financial Times Luxury Goods Conference in Venice last week, Cedric Charbit, the brand’s Chief Executive Officer, told attendees that, thanks in particular to men and millennials, the Demna Gvsalia-led brand has experienced huge growth. “Millennials represent 60 per cent of what we sell. Together with men, these are growing faster than any other category,” he explained. He also added that the brand has proven itself to be the fastest growing brand in the Kering stable over the past two quarters across all categories but particular footwear given the popularity of the brand’s Triple S sneakers. “There’s not a dinner I got to where a father or someone (doesn’t) say ‘stop releasing these shoes, it’s out of control, we spend too much money at Balenciaga’, which I’m very happy with.”

We don’t doubt it.

Now, find out which fashion week Gucci has decided to show at next season instead of Milan.