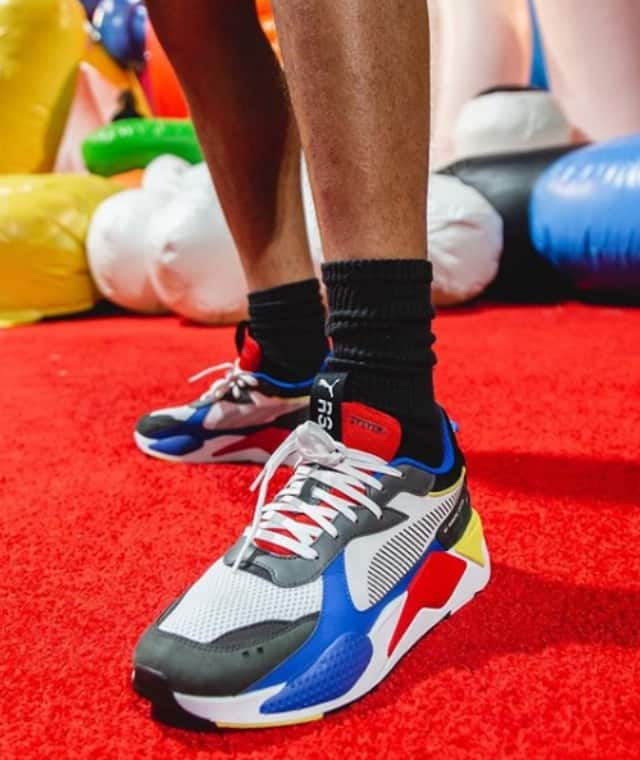 ASOS has revealed the top trending items on site for 2018 and their popularity looks set to continue well into the new year, too...

ASOS has just revealed what its ever-growing customer base bought into most last year and it looks as if we all gravitated towards three key themes over the past 12 months.

Did you buy a leopard or snake print item of some kind off ASOS last year? Yeah, us too, and it seems we’re not alone as the British e-commerce giant reported a whopping 223 per cent rise year-on-year in the prints for 2018, according to Fashion Network. Interestingly, there was also a 131 per cent rise in floral shirt sales for men in the same period.

Thanks to Instagram and brands like Louis Vuitton and Balenciaga, dad trainers (also known as ‘ugly sneakers’) also experienced an increase in sales in both the women’s and men’s markets, whilst Meghan Markle‘s penchant for tailoring also likely contributed to the 460 per cent increase in sales of tailored pieces, including pantsuits. And speaking of the Duchess, the ASOS Maternity dress Meghan wore on her tour of New Zealand in October doubled in sales and sold out as a result. And despite our better judgement, tiny sunglasses were a hit in 2018 with 10,000 pairs sold in January 2018 alone.

As for what the site expects to be popular this year? Shorts suits are high on the list, as are visor style sunglasses. And whilst animal print is expected to be a wardobe staple in the year ahead, the site also predicts that interest in tie-dye will increase alongside reflective metallics.

Now, discover the new Saudi label that should be on your radar this year.