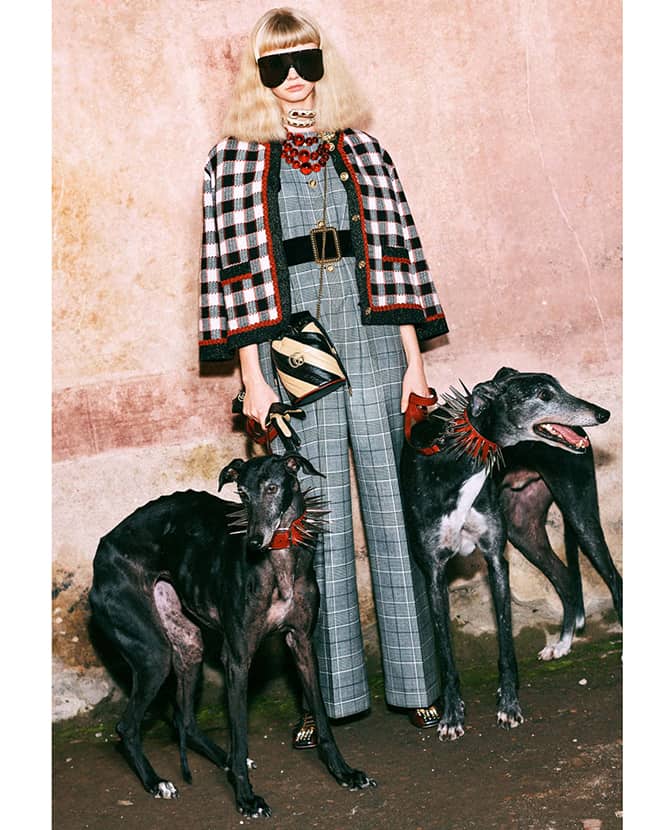 Gucci has just released a new lookbook for Pre-Fall '19. See it below...

There’s no doubt that Alessandro Michele is one of the most talented designers on the scene, having transformed Gucci into one of the top-earning luxury brands globally.

And now, Pre-Fall ’19 is being highlighted in a captivating  new lookbook.

Alessandro’s colourful creations, prints and Fall-appropriate silhouettes were captured through the lens of American film director Harmony Korine. This marks the first time the brand’s Creative Director has tapped the Spring Break director to bring his vision to life.

Continuing to support Italian heritage, the new lookbook was captured at the archaeological parks of Herculaneum and Pompeii in Italy.

According to Fashionista, the brand said in a statement, “Recounting the collection in these unique and inimitable places through the contemporary and unexpected gaze of the American artist, Gucci intends to preserve and promote these two ancient Roman cities, bringing their fascination and historical memory to the attention of new generations and an increasingly interactive audience.”

Now, find out where Gucci’s logo ranked in Lyst’s top ten logos of 2018.