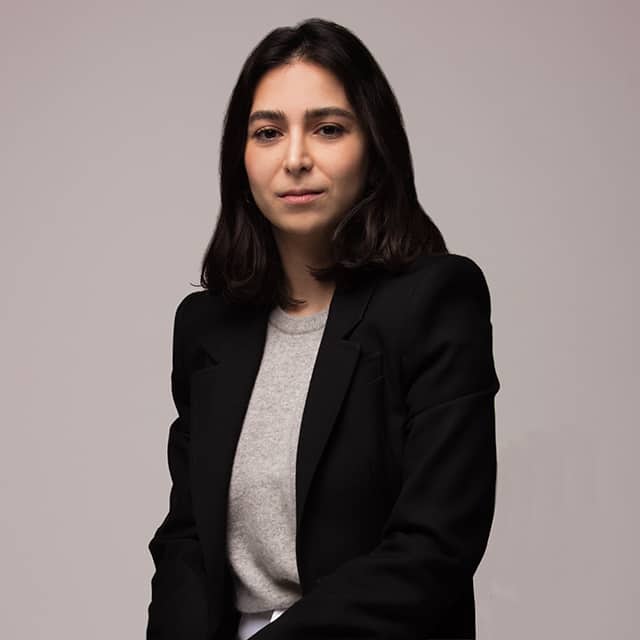 There’s been an ever increasing collective of regional contemporary designers entering the market, and whilst it can be quite hard to stand out, that wasn’t the case for Sandra Mansour. The Lebanese fashion designer is one of the few female fashion designers rising through the ranks regionally and internationally, and her designs are currently ruling the Cannes Film Festival.

A platform that celebrates the world of film (and fashion, too), it has been dominated by Middle Eastern designers this year, and Sandra has already dressed quite a few celebrities with her colourful, contemporary and coveted pieces. Here, the designer exclusively discusses the impact of the Cannes Film Festival on her eponymous label, her Spring/Summer ’19 collection and her favourite piece spotted on the red carpet this year… 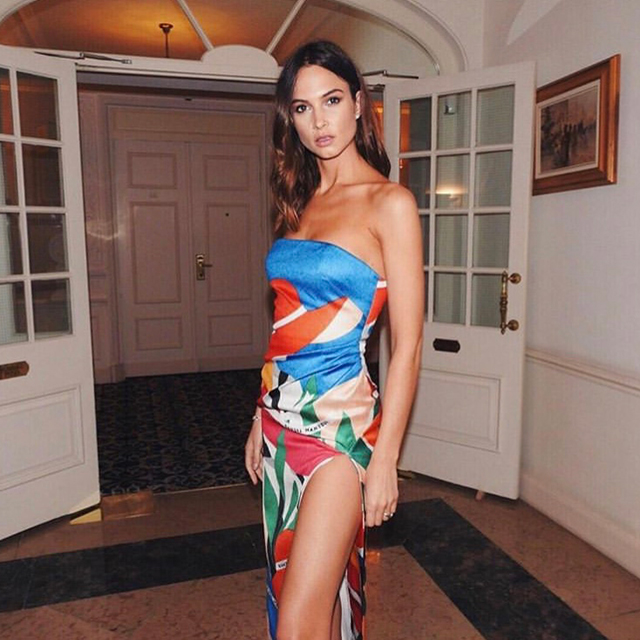 Can you tell us more about your first Cannes Film Festival experience?

The first time I went to Cannes was in 2009, and it was an exhilarating experience! There is something very magical about the Cannes Film Festival that makes the entire experience worthwhile.

What characteristics does the brand have in common with the Cannes Film Festival?

The glamorous lifestyle, the exclusivity of it all.

A slew of celebrities have been wearing your designs during the festival. How would you best describe those designs?

What is your favourite piece spotted at this year’s Cannes Film Festival so far?

Zoe Pastelle wearing our Fond de piscine dress. It is a print on fabric, with hand embroidery of the reflection of the water in a pool. 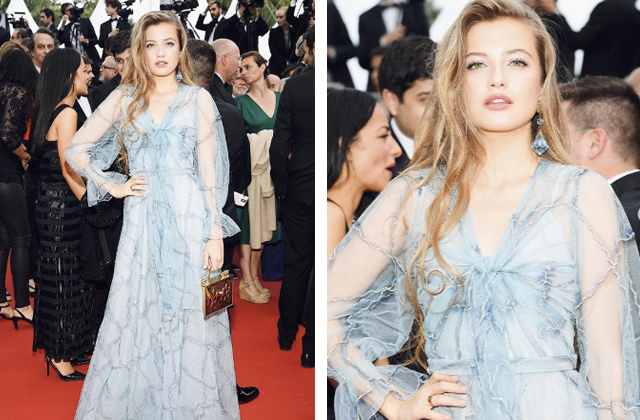 It must be nice seeing your pieces on the red carpet…

The Cannes Film Festival is not just about film, but fashion too. How would you describe the fashion spotted on the red carpet?

Dynamic. It’s fun, colourful, timeless and loud all at the same time!

Which collection would you say represents you the most?

I would say the current Spring/Summer ’19 collection, the Danse au son du tambour. This collection brought together a mix of very different components: the French Riviera with the beautiful African Zaouli dance. It came to life through its play on fabric; with accentuated prints, hand embroideries, ruffles, fringes and colours. Our signature hand embroidery is seen in several dresses, emphasizing the exquisiteness of tribal colours. The prints highlight the French Riviera and the dreaminess that comes with summer and the Azur. It is a perfect marriage between two ideas, worn in the perfect backdrop!

As a designer, where does your inspiration usually stem from?

Many things! It can stem from art, paintings, travel, Beirut, and many times, a book. I guess it’s an accumulation of all the day-to-day things I am surrounded by, that evoke an emotion or thought that leads me to create.

What would you like to see more on the Cannes Film Festival red carpet?

Timelessness, as well as thinking slightly outside the box. I want to see pieces that are far from ordinary with the ability to make you dream, that last a lifetime.

Who are your favourite celebrities to work with? 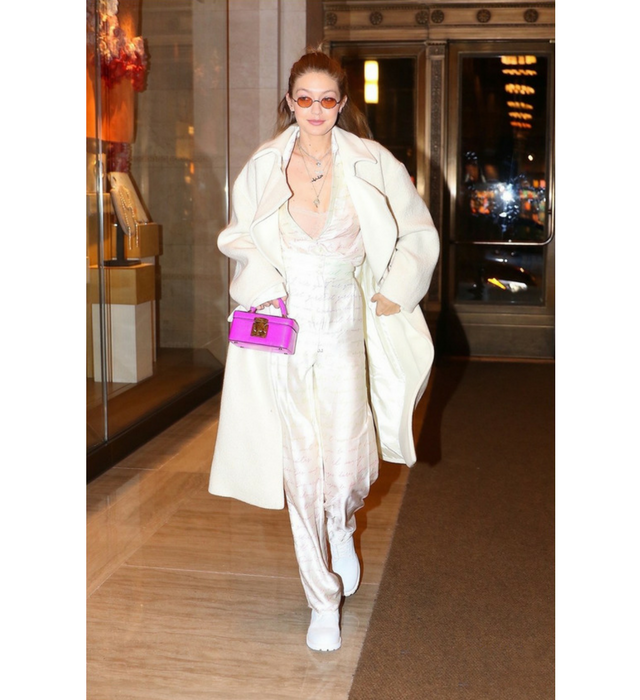 What else do you have planned during the Cannes Film Festival?

The usual, dinners and parties and a lot of work! We do a lot of fittings, and alterations for those wearing our pieces.

Now, find out what Rami Kadi had to say about his brand’s presence at the 2019 Cannes Film Festival.