In conversation with Tamara Ralph...
May 24, 2019
Farouk Chekoufi 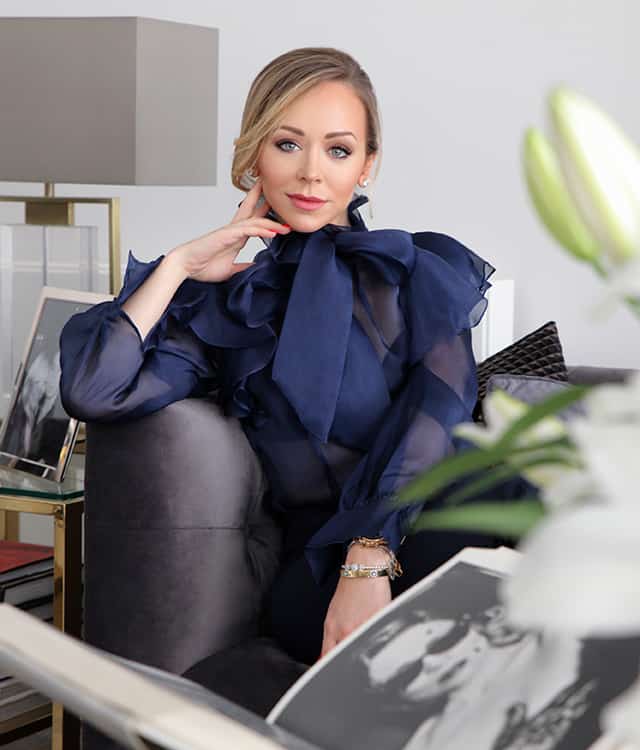 The Cannes Film Festival is just as important for the film industry as it is for fashion. And one half of the brains behind the couture and ready-to-wear label Ralph & Russo, Tamara Ralph, has experienced this firsthand as a slew of celebrities (supermodels and Hollywood royalty included) graced the red carpet in her beautiful, romantic creations. Trust that the brand will give you the best when it comes to ruling the red carpet.

With a busy schedule dressing celebrities including Sonam Kapoor (everyone, and we mean everyone is talking about her latest custom look), Lebanese director Nadine Labaki, Alessandra Ambrosio, Araya A. Hargate and Winnie Harlow, we got a few minutes of her time for an exclusive chat.

Here, Tamara speaks to Buro. Middle East’s contributor Farouk Chekoufi about being in Cannes, custom looks and celebrities on the red carpet…

What made you first think about creating special couture looks for Cannes Film Festival 2019?

This season, we opted to create a custom look for Sonam Kapoor. Sonam approached me to discuss a custom look for this year’s Cannes Film Festival, wanting to do something really different and impactful but still chic and elegant. I suggested that we go for a tuxedo look as I felt it would be very fresh and modern for the red carpet, and also for Sonam.

Once this was agreed upon, I felt something modern, clean, chic — and also a bit sexy — would look amazing on her, and so the white tuxedo was born. With the train, I wanted to keep an element of drama and strength, and it also transformed the look into a different one altogether — essentially part gown, part tuxedo. 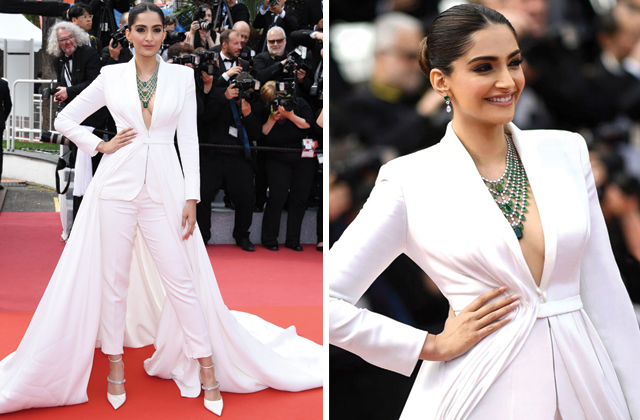 What aesthetics do you have in common with the Cannes Film Festival this year?

We look forward to the festival ever year! It’s always action-packed and incredibly glamorous. It’s also a key time of year for Ralph & Russo especially, as our collections lend themselves very well to the red carpet (and beyond!).

Several of your designs were spotted on the red carpet. Which celebrities were on your client list?

This year, so far, we have been fortunate to dress the likes of Sonam Kapoor, Alessandra Ambrosio, Araya A. Hargate, Gong Li, Winnie Harlow, Ming Xi, Sui He, Toni Garrn, Jessica Jung and Nadine Labaki — among many others! It has been an incredible experience, and we feel so grateful to have been able to dress such a wonderful and varied group of women.

If you could choose your favourite look, it would be…

I could not possibly choose just one! All of the fabulous women who wore Ralph & Russo for this year’s festival looked sensational! I love to see different women wearing our pieces, putting their own spin on it with their individual senses of style.

Whilst dressing up for the red carpet is fun, there’s plenty that goes on behind the scenes right?

Of course! A ton of work goes into designing the collections (and plenty of tireless hours), and to have it all come to life on the red carpet is truly a dream come true. As an example, Sonam’s custom look took 495 hours in total to create — from inception to creation — but to see her walk the red carpet in the end and bring the piece to life in her own way makes every second worth it.

How would you describe your experience working at the Cannes Film Festival?

It’s always a very glamourous (but hectic) experience. We look forward to it each and every year, and seeing our pieces on the red carpet makes every moment of hard work absolutely worthwhile. I am so fortunate to have an incredible team as well who put so much into each and every piece — it’s truly a group effort!

While it is very much a collaboration, we always make it a point to stay true to our brand.

What do you see happening next for the world of Cannes Film Festival in Cannes?

The Cannes Film Festival is always a highly anticipated time, both for our brand as well as the industry, and you never quite know what to expect. It gets better (and more glamorous!) with every passing year and so I can’t wait for what’s next. You’ll have to stay tuned!