Exclusive: Fashion Trust Arabia’s Tania Fares on what the prize will do for the region’s fashion industry 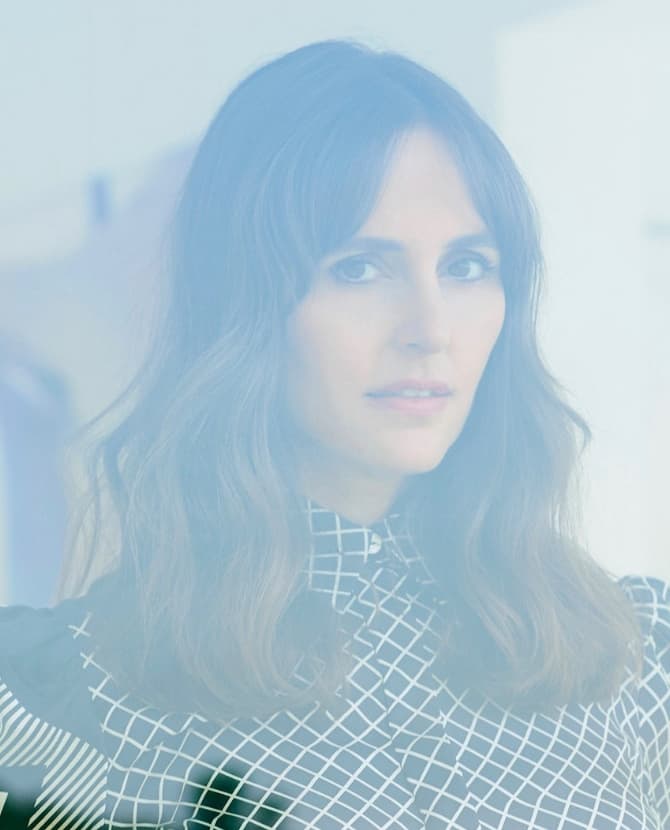 In 2019, Fashion Trust Arabia , helmed by Tania Fares, will make its debut in the region and it's set to change the industry...

It’s 7am in the morning in Los Angeles when I call Tania Fares, the founder of Fashion Trust and most recently, Fashion Trust Arabia (FTA), to chat. And yet you would think it’s a far more reasonable hour (and that she hadn’t flown in the night before) given her enthusiasm on the call.

Tania’s passion for the fashion industry, particularly emerging designers, is palpable and it becomes quickly evident that no-one else could be more suited to her role. Tania founded Fashion Trust in the UK in 2011 in partnership with the British Fashion Council and it has helped propel key names like Marques’Almeida, Rejina Pyo, Teatum Jones and Osman into the international spotlight.

Now, Tania has set her sights on the Middle East and is bringing with her a whole host of the industry’s most impressive figures to help award the first ever Fashion Trust Arabia prize in March of next year.

Why did you start Fashion Trust Arabia?

It’s to give an opportunity to young Arab talent that could benefit from financial support, exposure and giving them the chance to show the community that we’re bringing to the Middle East in March the talent that we have and to give them an opportunity to show the world how talented the Arab world is. I feel like not many have access to all the designers — of course, there are some great showrooms and some support systems but I feel like, the more the better. I feel that there is a lot of talent in the Arab world and not many people know about it. To be honest with you when I called Sarah Mower who is a judge  to tell  her about this project she said, “Oh my goodness Tania, I love that because it’s very interesting that I know a lot about designers all over but not much about the Arab world.” So I feel like a lot of people are intrigued to know more about the designers, our culture, and interested in knowing about the Arab world.

We’re such a huge region here, too, that it seems crazy that people don’t yet know about how much talent is here…

Yes! To be honest with you, including myself. I am proudly Lebanese, I go to Lebanon constantly, we have a home there and I know a lot of Lebanese, Jordanian and Palestinian designers but not much about Morocco, Tunisia… so even for me it’s a discovery and I’m learning so much about young designers. I’m learning and understanding and knowing their challenges and their strengths so I am excited myself.

I think there’s a great opportunity for PR around Fashion Trust Arabia in the sense that for the brands, regardless of whether or not they make it to the finals, they will get exposure to key figures in the international industry.

Exactly. I agree. In a way, as Arabs, we all know who the designers are but if you ask anyone outside the Middle East, outside the Arab world, not many people know about them so that’s what we’re giving to these designers — to be a bit more international and to be a bit more exposed with mentors. We have a support system that I put together that will help us know more about them and understand more about them to connect them with the right people. This is a bit what I do in the UK too, I meet with the designers we’re helping every year to see what they need and connect them with the right people because every designer is at a different stage in their career —one is maybe looking at e-commerce, one is looking at doing more merchandising, it depends. To put them with the right people is quite important, I mean look at Alexander McQueen with Isabella Blow. She was a very, very important person in his career and helped him, so if you put one of these designers with one of these judges you never know [what could happen]. We’re looking for the international judges to champion them.

How do you see the current state of the fashion industry in the Middle East?

I feel exposure is quite important for them, they are known in the Arab world but they’re not getting much else [outside the region]. Also, I’ve spoken to a few designers and one of the problems in Lebanon is fabrics. They love the fabric but you can only make five suits out of it. There is not many resources when it comes to fabric, whereas in Europe you are supported and have access to a lot of great  fabrics and that’s not the case in the Arab world so that’s something that I have discovered after speaking with them.

In terms of exposure, there was one Arab designer who is quite well-known in the region who told me that she went to show in Paris and that it was quite challenging because the showroom wasn’t great, not many buyers came etc so this is part of the reason we have partnered with Matchesfashion.com.

I was speaking with Nez Gebreel last week and we were talking about how it’s much more beneficial for Arab designers to be able to launch their labels in the Middle East as opposed to somewhere like New York or London where there is more competition but that, on the flip side, there needs to be more resources and infrastructure to allow them to do that…

Exactly. And it’s good for the Arab world because they’re creating jobs, businesses, and that’s what they should be looking at doing more of, creating help for production, supporting them in fabrics, bringing international professors to the colleges —that’s what I believe in. The reason you get so many amazing designers from London and New York is because of Fabio Piras [the Course Director of MA Fashion] at Central Saint Martins and the professors they have.

I think that speaks to the support of and the education around fashion as well, which is increasing in the Middle East…

It’s very promising. Arab designers have started becoming international key players and there is a global curiosity in the Middle East now. That’s why the international community is coming here because they’re interested in our part of the world and there is a wealth of talent there.

When you were approaching people to be on the judging panel, what were people’s reactions? You mentioned Sarah before…

Yes, and remember that I kind of know who is interested in championing talent like Sarah Mower and Laura Brown [the Editor in Chief of InStyle US] is quite open. She’s an amazing woman and so interested and interesting. When I told her, she was on board immediately. You get to know who is open to knowing more about young designers, that’s number one. And number two is someone like Ruth Chapman, [who is] known for championing young designers which is what she has been doing from the beginning with Matchesfashion.com. The support we’ve had and the people who want to be involved has been amazing.

What’s the reaction been like from designers across the Middle East since FTA has been announced?

Some were very open straight away and some needed more education to understand what we’re doing, what we’re giving and what they had to do. We launched on September 7 and we’ve had so many applicants with many more to come. The Arab world is a big world so to have access to be able to explain to Moroccan designers, Tunisian designers, Kuwaiti designers what FTA is about and make them understand what it is. The reaction has been very positive but once we meet with designers and explain exactly what it is, they’re like, “OK I’m signing on” but in the beginning the reaction is, “Oh it’s interesting but I want to know more about it.”

What are you most excited about in bringing FTA to the region?

For me, it’s to see the designers on Matchesfashion.com for instance, that’s something I’m super excited about and then also I’m excited to discover new designers, learn their stories and inspirations and to see more beautiful designs that represent our diverse and rich heritage and support them in that. Also, seeing something happening during the event, maybe collaborations or some of the people wearing their designs, just connections, support and ideas, just a lot of positive things coming out of that event — really bringing two worlds together and supporting them.