AT BALENCIAGA, IT WAS STAR-STUDDED SHOW (ON AND OFF THE RUNWAY) 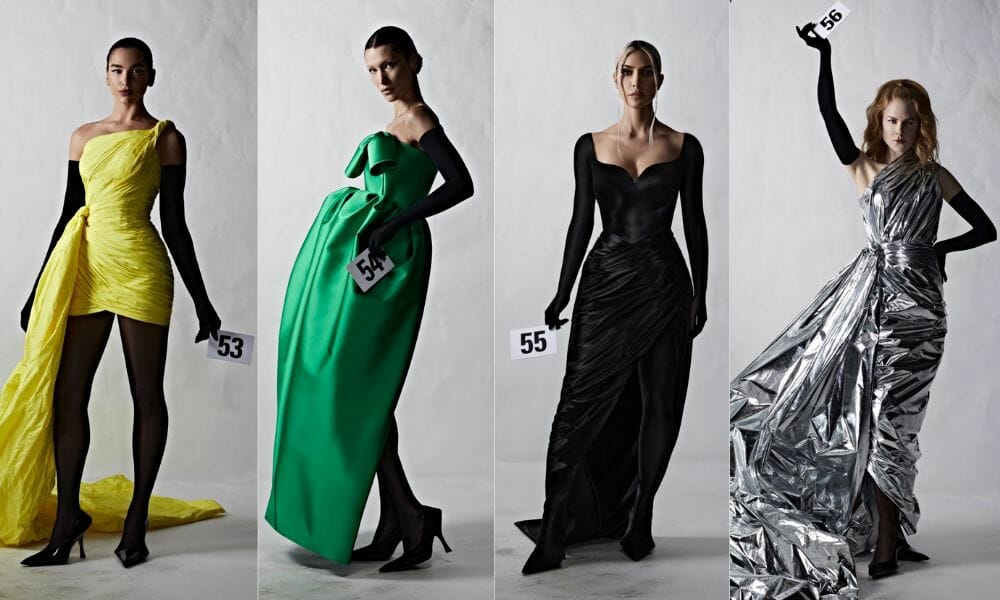 Balenciaga has done it again. Dipping into the celeb-verse for its latest Haute Couture show in Paris, Balenciaga’s runway show saw plenty of A-listers sitting front row, but fronting Demna’s latest couture collection on the runway too. And as always, it was undeniably eclectic and expectedly glamorous.

Beyond the spectacular clothes we saw grace the runway – think skin-tight bodysuits, dramatic gowns and in true Demna style, a few streetstyle-inspired looks – there were a few other surprises in store for us.

First up, Kim Kardashian’s daughter, North West, made her Paris Haute Couture Week debut sitting front row alongside Kris Jenner, and fittingly so as she was about to witness her mum walk down the runway for the first time. That’s right. Balenciaga face Kim Kardashian walked the runway alongside several other notable personalities including Bella Hadid and Naomi Campbell. But the unexpected cast twist was seeing Dua Lipa, Nicole Kidman and Selling Sunset‘s Christine Quinn front Demna’s dreamlike couture collection.

It was haute couture done right, we say.