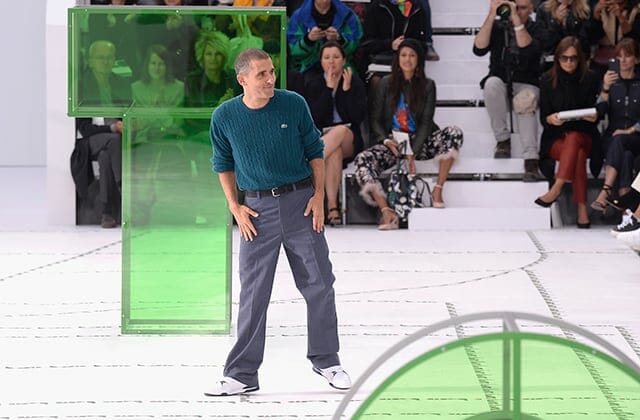 LVMH has officially confirmed that the position for Kenzo's Creative Director has been filled...

It’s been less than a week since Carol Lim and Humberto Leon showcased their final collection as Co-Creative Directors of Kenzo and whilst many were left wondering who will be taking over the creative reigns at the maison, we finally know the answer.

Baptista comes into the maison with eight years of working at Lacoste under his belt, and during his time, he managed to bring that freewheeling sportiness into a wearable runway collection that we’ve all come to know and love.

According to WWD, Kenzo’s CEO Sylie Colin said of Baptista’s appointment: “What made us choose Felipe above other candidates is the fact that he has a global artistic approach. He has a 360-degree creative vision and will oversee artistic direction globally, dealing both with collections and communication.”

Baptista is set to make his official debut at the fashion house with a Fall/Winter 2020 collection next February 2020. Make sure you stay tuned…

In the meantime, take a look at all of the stars that turned up for the Louis Vuitton X exhibition in LA.