Here's what you need to know about the creation...
January 28, 2020
Meeran Mekkaoui 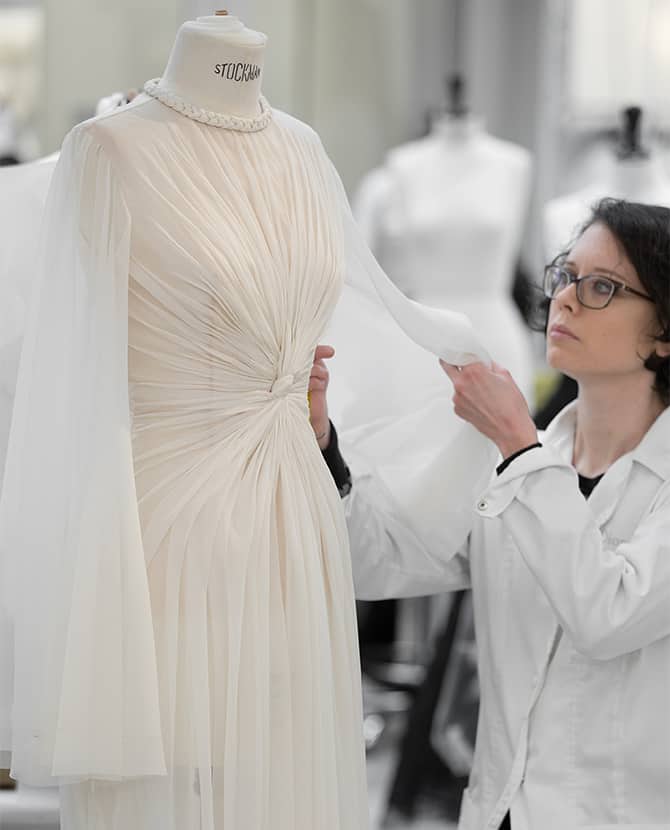 Every season of Paris Haute Couture Fashion Week, the who’s who of the fashion industry flock to the French capital to witness some of the world’s coveted brands unveil their latest Haute Couture Collections. And Dior‘s show is one of *the* most highly anticipated on the calendar.

Over the Spring/Summer ’20 Haute Couture season, Maria Grazia Chiuri unveiled her goddess-like vision for Dior. On the runway, feminism and Greek mythology merged together in a beautiful line-up of gunmetal suits, plenty of gold fringe and ultra-fine white gowns. Our favourite look? The 14th look that emerged from behind the curtain was as simple as it was showing off just an ounce of sexiness with its sheerness. 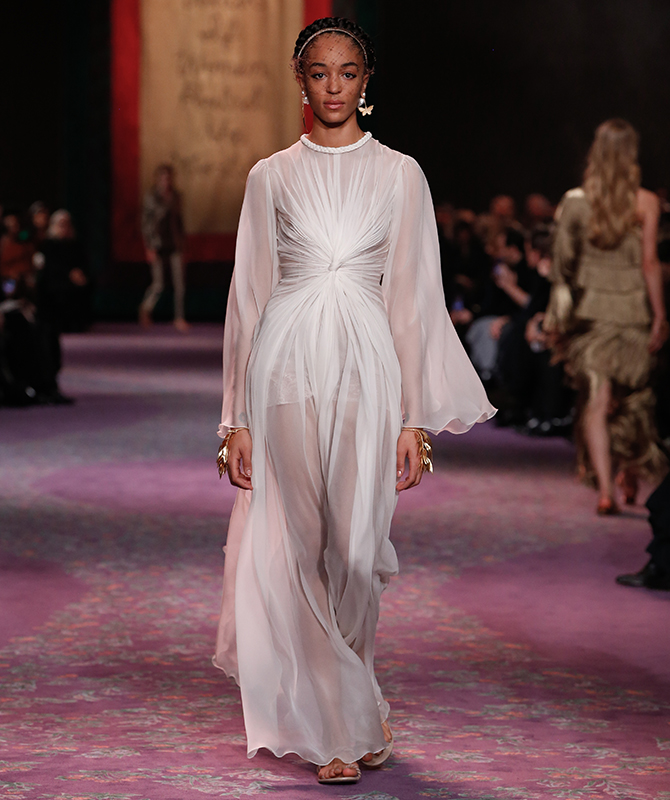 Highlighting the extraordinary craftsmanship and savoir-faire that went into the evening gown, the main focal point was definitely the knot of biased-cut chiffon, draped and twisted in the front and back.

Consisting of 20 meters of fabric, the look took a total of 600 hours to make whilst two people worked on the gown. Take a look at the details that went into the creation here…

Now, find out where Dior is heading for its next Cruise show.