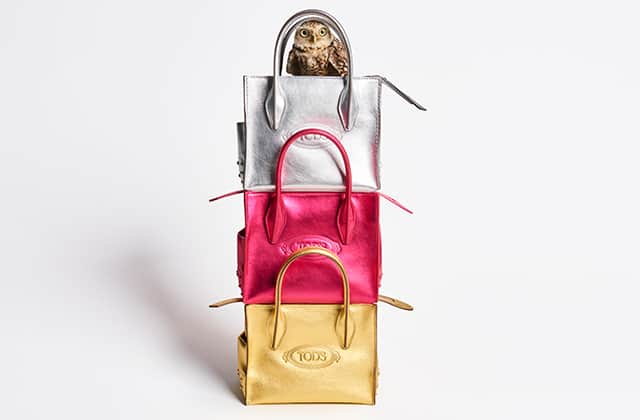 Alber Elbaz we've missed you! Thankfully, the fashion legend is dipping back into the industry with a brand new Tod's collaboration...

Earlier this year, it was announced that the Former Creative Director of Lanvin, Alber Elbaz, was cooking up something major with Tod’s and now, we can finally reveal their much-awaited collaboration.

Together, the duo have created a special capsule collection that stemmed from his dramatic exit from Lanvin in 2014. Ever since then, the respected fashion designer has been through a slew of ups and downs, and decided to look at just the happy moments as inspiration for the collaborated range.

Hence the title, Tod’s Happy Moments by Alber Elbaz, the capsule collection features a reimagined version of the iconic and beloved Tod’s driving shoe, handbags and t-shirts — each infused with Elbaz’s own spin to Tod’s DNA.

Browse through the collection here…

The Tod’s Happy Moments by Alber Elbaz capsule collection is set to land in shops across the globe through two different in-season drops.