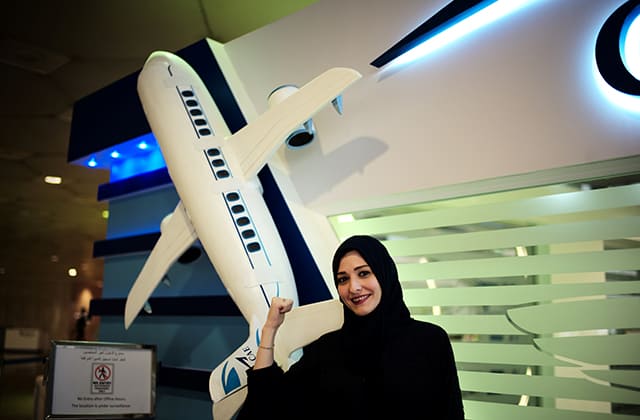 Women in Saudi Arabia are one step closer to pursuing aviation careers, courtesy of yet another positive change in the Kingdom...

There has been a slew of new opportunities for women in Saudi Arabia of late. Earlier this year, it was announced that women in the Kingdom could get behind the wheel and become Careem drivers (more than 1,000 women have already applied) and this was shortly followed by Saudi Arabia’s passport authority’s decision to hire women for the first time, and allow women the opportunity to become soldiers and notaries in Saudi Arabia.

Now, yet another change has come and it marks another momentous moment in the Kingdom’s Vision 2030 to support and empower Saudi Arabian women.

Women can now apply to become air traffic controllers, marking the first time the programme will include women.

The Saudi Academy of Civil Aviation is currently interviewing 130 female applicants for the air traffic control course (which includes 13 subjects including physics, mathematics, aviation language, basic aerodynamic training and tower control), and once the students have graduated from the programme, they will be hired by Saudi Air Navigation Services as air traffic controllers.

Mabrook to our sisters in Saudi Arabia!

In the meantime, read more about when Saudi Arabia announced that it will allow women to become notaries.