Um, Pierce Brosnan’s going to be filming in the UAE next week

We are double O-verly excited about this
February 14, 2019
Georgie Bradley 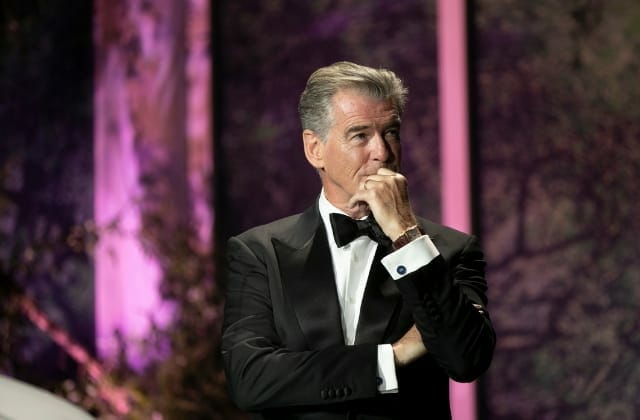 It's not everyday that a Hollywood star sets up camp in the UAE to film a blockbuster movie. So our James Bond feels went into overdrive when we found out that Pierce Brosnan is coming to Abu Dhabi to film a new action film...

The movie business never stops. Even during awards season, there’s no rest for the A-listers who typically spend around three months in production before moving onto their next project.

And when it comes to special effects-heavy action films, the magic usually happens via green screen. However, Pierce Brosnan‘s new movie The Misfits, which follows a renowned criminal who gets caught up in a gold heist, will be partially filmed in Abu Dhabi’s Jumeirah by Etihad Towers starting from next week.

What we know is that the crew were scouting locations in the region and settled on Abu Dhabi, as they were reportedly “blown away” according to producer Kia Jam. She added, “We all agreed in order to do the film justice, production would have to take place primarily on location in Abu Dhabi rather than LA, and we set up our base at the spectacular Jumeirah at Etihad Towers.”

Brosnan will star alongside American actress Jamie Chung and British actress Hermione Corfield in the film which will be directed by action veteran Renny Harlin of Die Hard 2 repute.

So…impromtu staycay at Jumeirah by Etihad Towers next week, guys?

Now, check out the release date of The Handmaid’s Tale season 3. Yep, we’re all over it too.