See what he had to say
February 19, 2018
Maddison Glendinning 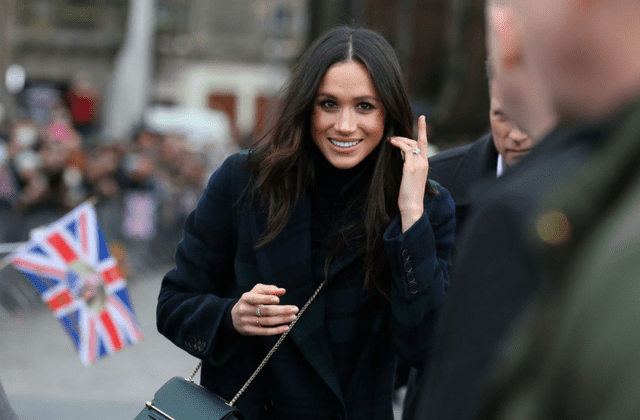 The secrecy surrounding the designer of Meghan Markle's wedding dress is at an all-time high. Except for the fact that the designer himself might have just let it slip...

When Kate Middleton walked down the aisle to marry Prince William, the future Queen’s wedding dress designer — Sarah Burton at Alexander McQueen — was not revealed until the moment she stepped out of the car upon arriving at Westminster Abbey.

And the same level of secrecy is being applied to the designer of Meghan Markle‘s wedding dress ahead of her May 19 wedding to Prince Harry. Whilst plenty of names have been rumoured (Victoria Beckham among them), it seems that one frontrunner may have let slip that he is indeed the chosen one.

Speaking with WWD at NYFW, Roland Mouret was asked if he could confirm whether or not he was the man charged with designing a wedding dress for Meghan, with whom he is close friends. The designer replied, “Mmmm, I don’t want to say. No comment. It’s…there is no comment on that. She’s a friend. And that’s…I can’t say.”

Was this simply a clever ruse from the designer to garner press attention ahead of his London Fashion Week show (which took place overnight) or is he just the world’s worst secret keeper?

We haven’t got long until we find out.

In the meantime, see what Meghan’s sister-in-law-to-be Kate Middleton wore to the 2018 BAFTA Awards overnight in London.