Their little one will be joining them, too...
December 18, 2018
Meeran Mekkaoui 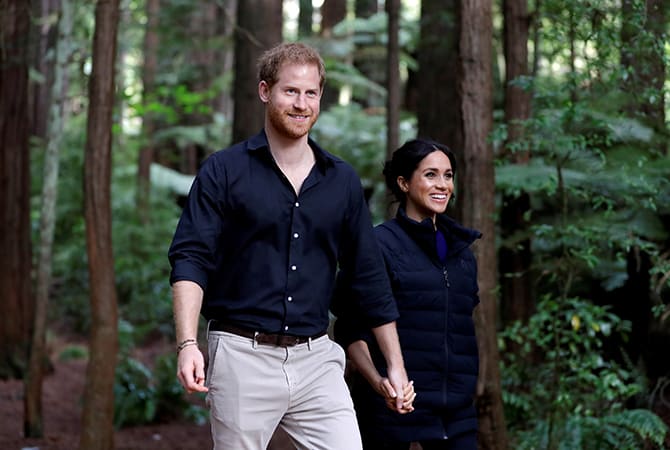 The British royals are planning a royal tour to the United States and Canada right after their little one is born...

Earlier this year, Meghan Markle and Prince Harry embarked on a 16-day royal tour that saw the duo travel to Australia, New Zealand, Tonga and Fiji.

Marking the Duchess of Sussex’s first royal tour, Meghan had to decrease a few appearances as it was just days after they had announced that they were expecting their first child due next spring.

Now, the pair are planning their next overseas jaunt to the United States and Canada in Fall 2019, meaning the newest member of the British family will be joining the Duke and Duchess of Sussex on the trip.

Rumours of the royal tour news first emerged in July but have now been confirmed by Vanity Fair‘s royal correspondent Katie Nicholl. A source told Nicholl that the royal pair are “keen” to go on tour “as a family”.

The tour will be particularly special given that Meghan is American and this will mark the first time she and Prince Harry have travelled to North America as a family. Plus, their Canadian visit follows in the footsteps of Prince William and Kate Middleton’s tour of the country in 2016.

Make sure to watch this space for more details!