Have your popcorn at the ready
December 25, 2018
Meeran Mekkaoui 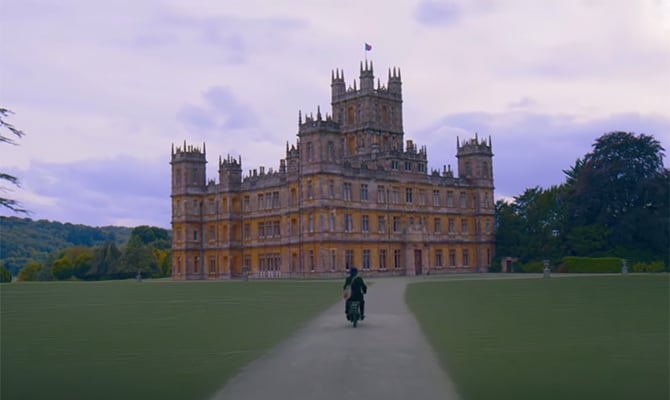 2019 is literally just around the corner and there a stellar line-up of film releases coming our way...

The New Year is just days away and we’re definitely looking forward to a stellar 2019, not least because of all film releases set to hit our screens in the next 12 months.

There’s been plenty of buzz surrounding these five films and we’re certain everyone is going to be turning up to the cinema (with popcorn in hand, of course). Take a look here…

We’re getting closer to one of the most anticipated film releases of 2019 and we can’t wait. The remake of the Disney classic, The Lion King, is on its way to our screens and features a slew of Hollywood stars including Donald Glover, Seth Rogan, James Earl Jones, Alfre Woodard and Beyoncé in the live-action remake. Take a look at the trailer below…

Another Disney classic, Aladdin, will be hitting theatres next year, and it’s particularly special to fans in the Middle East given the fact that Aladdin is being played by Egyptian actor Mena Massoud. The all-star cast also includes Will Smith, Naomi Scott, Nasim Pedrad and Marwan Kenzari. The musical romantic fantasy adventure film is a live-action adaptation of Disney’s 1992 film. The film will feature scenes from Wadi Rum Desert in Jordan (which Buro. Middle East visited whilst on an exclusive stay at Al Manara Hotel, a Luxury Collection Hotel).

Ever wondered what happened to the Crawley family three years after the popular show, Downton Abbey, came to an end? Well come September you’ll have a chance to find out. Whilst little has been revealed in the teaser trailer, at least we know that much of the original cast including Lady Mary (Michelle Dockery), the Dowager Countess (Maggie Smith), Lady Edith (Laura Carmichael), Anna Bates (Joanne Froggatt), John Bates (Brendan Coyle), the Countess of Grantham (Elizabeth McGovern) and the Earl of Grantham (Hugh Bonneville), have returned for the film.

Downton Abbey will be released in cinemas on September 20, 2019.

2019 is officially the year of reboots with Charlie’s Angels also returning to screens. The new action comedy film has been written by Elizabeth Banks (who has also produced and directed the film) and she will also star in the film as Bolsey, marking the first time a woman has played the role. Banks will be joined by other notable Hollywood actresses including Kristen Stewart, Naomi Scott and Ella Balinska – who are set to play the trio of angels.

Charlie’s Angels will be released in cinemas on November 1, 2019.

In 2014, The Goldfinch won the Pulitzer Prize for Fiction and it has since been adapted into a movie. Telling the story of a child (played by Ansel Elgort) who survives a terrorist bombing at an art museum and winds up living in Las Vegas, the moving story also stars Sarah Paulson, Nicole Kidman and Willa Fitzgerald.

The Goldfinch will be released in cinemas on October 11, 2019.