The Fab Four are back
December 26, 2018
Meeran Mekkaoui 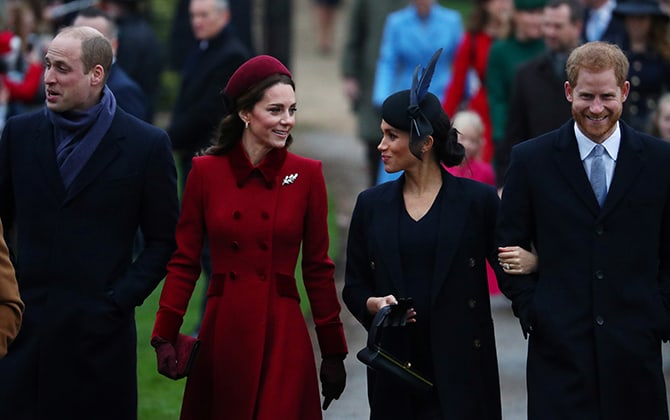 The Fab Four were back together once again as they joined the Queen for the royal family's annual Christmas Day service in style...

Fresh from her second solo engagement, Meghan Markle appeared alongside Prince Harry and the Duke and Duchess of Cambridge yesterday for the British royal family’s annual Christmas Day service.

The Fab Four came out in full force as they walked together to the annual church service at St. Magdalene’s church near the Queen’s country estate in Sandringham, England, and other members of the royal family were in attendance, too including newlyweds Princess Eugenie and Jack Brooksbank. 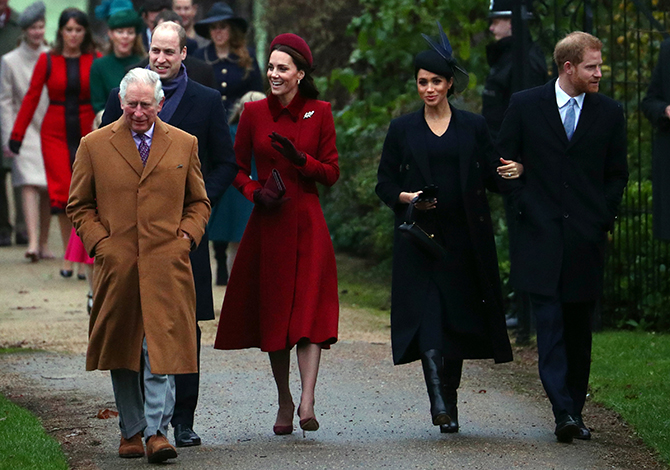 Sisters-in-law Meghan and Catherine served up a whole lot of winter style inspiration as the mum-to-be was spotted wearing a Victoria Beckham navy coat and midi knit dress, as well as a feathered hat and a structured clutch bag, also designed by Beckham. The Spice Girl was one of the many celebrities invited to the May 19 wedding earlier this year.

The Duchess of Cambridge (who walked alongside Prince William) chose a more traditional designer for the outing, opting for a burgundy coat by British designer Catherine Walker, a matching headband and Jimmy Choo pointed-toe pumps. 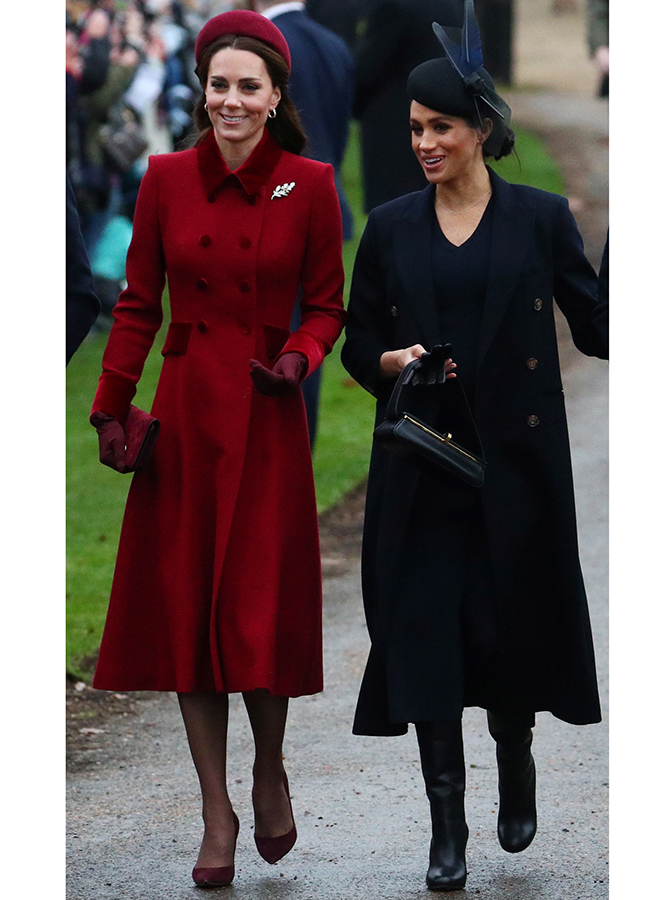 This year marked Meghan Markle’s first official Christmas church service with the royal family. The actress-turned-royal attended the service last year but she was not yet married to Prince Harry. 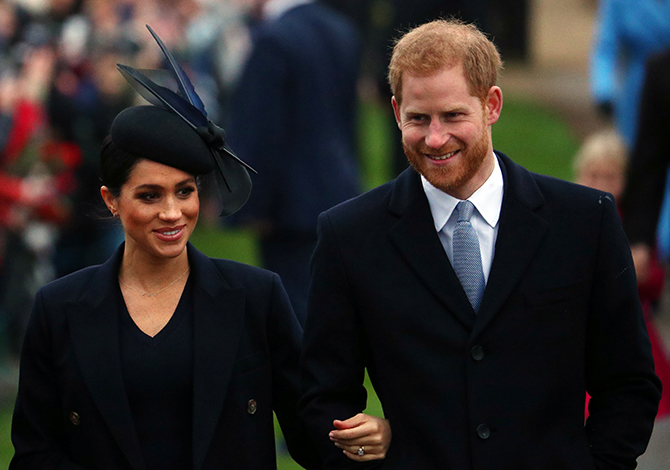 Now, find out where Meghan Markle and Prince Harry will be going on an official tour next year.