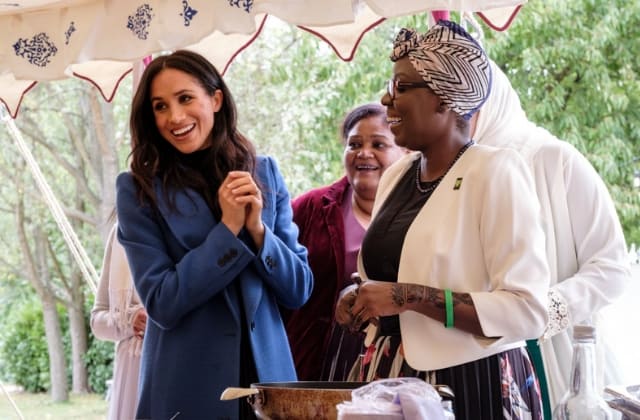 The Duchess of Sussex has made an appearance with her mother and Prince Harry this afternoon in a touching family outing...

The Duke and Duchess of Sussex made an appearance at Kensington Palace a short while ago with a very special guest in tow. Upon arriving at the palace, Meghan and Harry stepped out of the car and so too did Meghan’s mother, Doria Ragland.

The trio were attending an event at the Palace to celebrate the launch of Meghan’s first solo project as a royal, a cookbook called Together made in unison with the Grenfell Tower community group. Today, Meghan welcomed the women who helped with the cookbook to the royal estate for an afternoon together to officially launch the book. 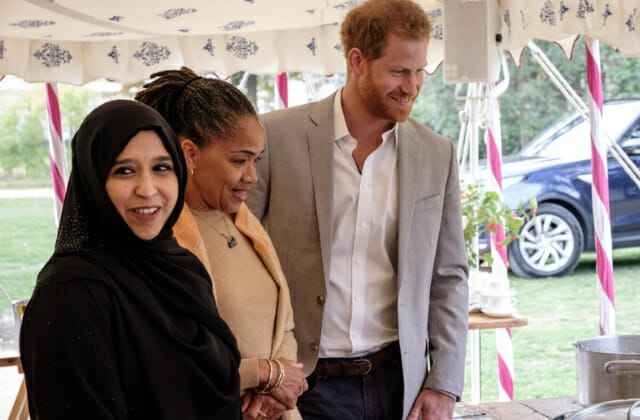 Plus, during this afternoon’s event, some of the women will cook their own personal dishes including chicken coconut curry, some dips and a range of desserts. Meghan was on hand to help out with the preparation before everyone sits down to enjoy a meal together. 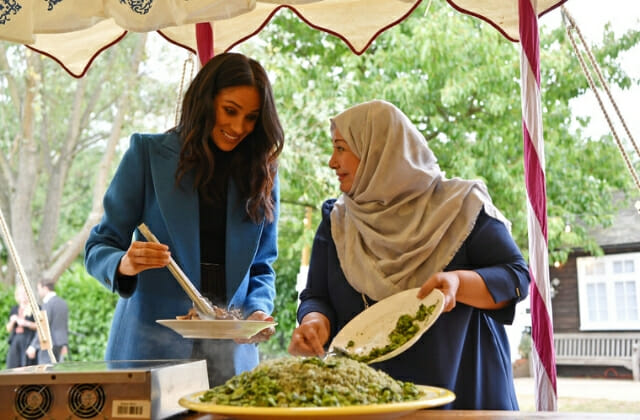 For the occasion, Meghan opted for black top by Tuxe, a skirt by Misha Nonoo and a blue coat by Smythe.

At the event, Meghan (who is a renowned foodie) gave a speech, thanking the women for allowing her to be a part of their lives and to share their stories with her. Watch what she had to say below…

More of the speech The Duchess of Sussex about the #Grenfell cookbook. ‘It’s been a tremendous labour of love’ she said.
Prince Harry looked on – proudly… pic.twitter.com/0h8SnPeta9

Now, find out more about the Duke and Duchess’s upcoming tour of Australia, Fiji, Tonga and New Zealand.