Putting the kingdom on the map
August 20, 2018
Meeran Mekkaoui 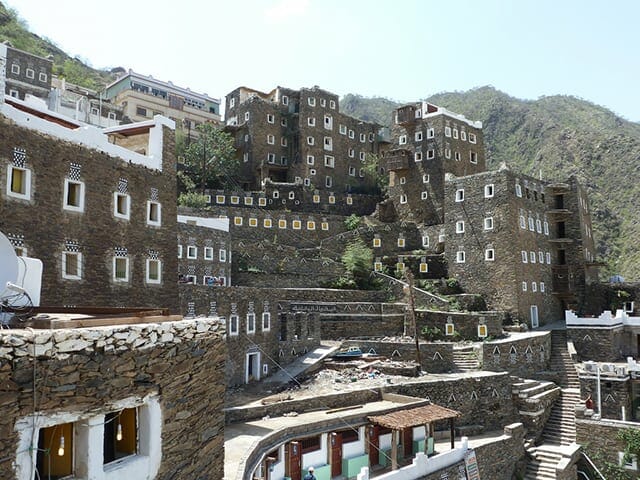 Another Middle Eastern city may be joining the UNESCO World Heritage List soon...

Just last month, UNESCO named two new locations in the Middle East as world heritage sites and they were located in Oman (the city of Qalhat) and Saudi Arabia (the country’s Al-Ahsa oasis).

Now, it seems that the Kingdom (which has been implementing a slew of positive changes in recent months) wants to continue to preserve its history even further by preparing to join the UNESCO World Heritage List again.

Saudi Arabia’s village of Rijal Alma has been pitched by the Saudi Commission for Tourism and National Heritage to be the list’s latest addition and it follows the country’s commitment to register its archaeological and historical sites in the region.

Located in the southern Asir region, Rijal Alma is already an award-winning village. It won the Prince Sultan bin Salman Award for Urban Heritage in 2007 and the Arab Cities Mudon Award in 2017.

According to Al Arabiya, the Saudi Press Agency issued a statement that said: “The Commission for Tourism and National Heritage is exerting strenuous endeavours, showing the importance of registering Saudi Arabia’s rich archaeological and heritage sites on the UNESCO cherished World Heritage List. The Commission has taken note of the path of registering heritage sites on the World Heritage List as an important activity that contributes to highlighting the Kingdom’s cultural heritage worldwide, as well as preserving the rich historical, archaeological and heritage wealth of the Kingdom and henceforth qualifying these sites, according to the standards recognised by specialised international organisations.”

Now, read more about when Dubai was named as the first Middle Eastern city in UNESCO’s Creative Cities of Design list.