CULTURE CATCH-UP: RIRI DOES THE HALFTIME SHOW, ‘THE CROWN’ UPDATES AND MORE 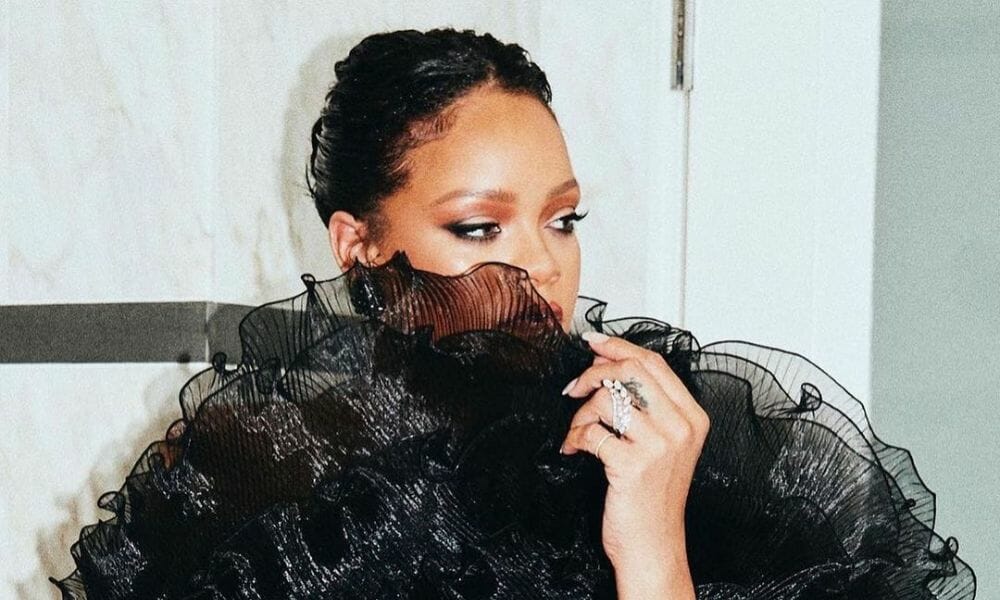 Five key takeaways from the culture pool that you might've missed...

RIHANNA TO PERFORM THE HALFTIME SHOW AT SUPER BOWL 2023

Finally! Rihanna is back on the music scene and whilst it’s not the launch of her highly anticipated new album (which we’ve been hearing about for months, no, years now), she’s taking her ultimate hits to the Super Bowl stage for the Halftime show. It was recently reported that NFL asked Taylor Swift to be a headliner for the 2023 showcase but sorry Swifties’ fans, she turned it down and honestly, Rihanna couldn’t have been a better alternative (if not, the only choice). Officially confirming the news, Riri posted a pic of her hand holding an NFL football and this was followed by another official confirmation by NFL: “Rihanna is a generational talent, a woman of humble beginnings who has surpassed expectations at every turn. A person born on the small island of Barbados who became one of the most prominent artists ever. Self-made in business and entertainment.”

A true generational talent, we can’t wait to see what she brings to the stage. PS: we’re hoping it’s a snippet of the music she’s been reportedly working on.

SAY BONJOUR TO EMILY AS SHE’S BACK IN PARIS

We hate to admit it but Emily in Paris is officially coming back to our streaming screens and we’re, excited-ish? The Darren Star-created comedy revealed a new teaser for Season 3 and it appears that she still has some big decisions to make, whether about her love life or her career. Hinting that Emily isn’t quite handling the pressure well, she gives herself some DIY bangs in the process (we’ve all been there, right?). They’re just bangs,” she snaps at Gabriel. “Sometimes people cut bangs, but everything’s fine.”

It’s launching much sooner than you think with an official release date scheduled for December 21. Grab your popcorns and get ready for more boy drama, bad French accents and more sartorial inspiration from Sylvie’s wardrobe.

MISS THE QUEEN ALREADY? ‘THE CROWN’ RETURNS WITH ITS FIFTH SEASON

The award-winning show ‘The Crown’, a historical drama television series about the reign of Queen Elizabeth II, is scheduled to launch its fifth season on November 9. Following the Queen’s death, the series has received a surge in viewers and although filming for the show was halted for a single day following her passing as a sign of respect, as well as during the late monarch’s funeral, it will still air as originally planned.

For the upcoming season, the new cast will include Dominic West as Prince Charles (now King) and Elizabeth Debicki as Princess Diana. West takes over the role of Charles from Josh O’Connor, whilst Debicki replaces the ever-so-favourable Emma Corrin. Olivia Colman, who played the role of the Queen in the previous season, will be replaced by Imelda Staunton while Jonathan Pryce replaces Tobias Menzies as the Duke of Edinburgh and Lesley Manville will be Princess Margaret, following in the footsteps of Helena Bonham Carter.

Saying we can’t wait would be an understatement.

As if we needed another reality spotlight on Dubai after The Real Housewives of Dubai, Netflix is launching Dubai Bling. The new series follows a high-flying social circle in the city as they go on about their daily lives against the backdrop of luxury cars, lavish parties, stunning skylines, fashion shows and exotic seaside resorts. Dubai Bling is scheduled to make its official premiere on October 27.

GET READY FOR THE WIRELESS FESTIVAL HAPPENING IN 2023

Dubai is the ultimate hub when it comes to cultural events, especially music festivals and concerts. We truly are spoilt for choice and we’re about to fuel our festival cravings with the Wireless Festival making its way to the UAE. Known to be one of the most popular rap and urban music festivals in the world that initially launched in 2005 at London’s Hyde Park, the Wireless Festival 2023 will be bringing a whole host of incredible international talents in Abu Dhabi in March.

Just to give you a taste of who could possibly be taking the stage, the Wireless Festival has attracted some of the world’s biggest artists, including Jay-Z, Kanye West, Justin Timberlake, Rihanna, Bruno Mars and Stormzy.

ALSO READ: THE 8 COLLECTIONS YOU MIGHT HAVE MISSED FROM #MFW.