Plenty of senior royals were in attendance
July 9, 2018
Maddison Glendinning 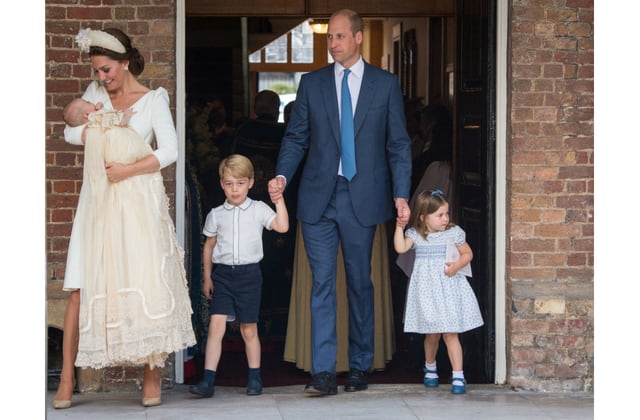 Prince Louis was officially christened today in a ceremony in London...

It’s been just over two months since the Duke and Duchess of Cambridge welcomed their third child, Prince Louis, into the family. Born on April 23rd, the youngest prince has only made one outing since being born — and that was to be introduced to the world just five hours after this birth.

However the newest member of the British royal family appeared for the second time today on the occasion of his christening. Held at The Chapel Royal at St James’s Palace, the event was attended by the Duke and Duchess of Cambridge, the Duke and Duchess of Sussex, Prince Charles and Camilla, the Duchess of Cornwall, Kate’s parents, Carol and Michael Middleton, as well as her brother James and sister Pippa (who is currently expecting her first child) and her husband James Matthew. Also in attendance were the prince’s godparents who were revealed earlier in the day to be Nicholas van Cutsem, Guy Pelly, Harry Aubrey-Fletcher, The Lady Laura Meade, Hannah Gillingham and Lucy Middleton (Kate’s cousin).

Prince Louis wore the same replica of the royal christening robe that his big brother Prince George and big sister Princess Charlotte wore to their own christenings. Both of his siblings were also in attendance at the event.

For the occasion, the Duchess of Cambride opted for a cream dress by Alexander McQueen(one of her most favoured labels) with a hat by Jane Taylor whilst sister-in-law Meghan chose an army green dress by Ralph Lauren with a hat by Stephen Jones. 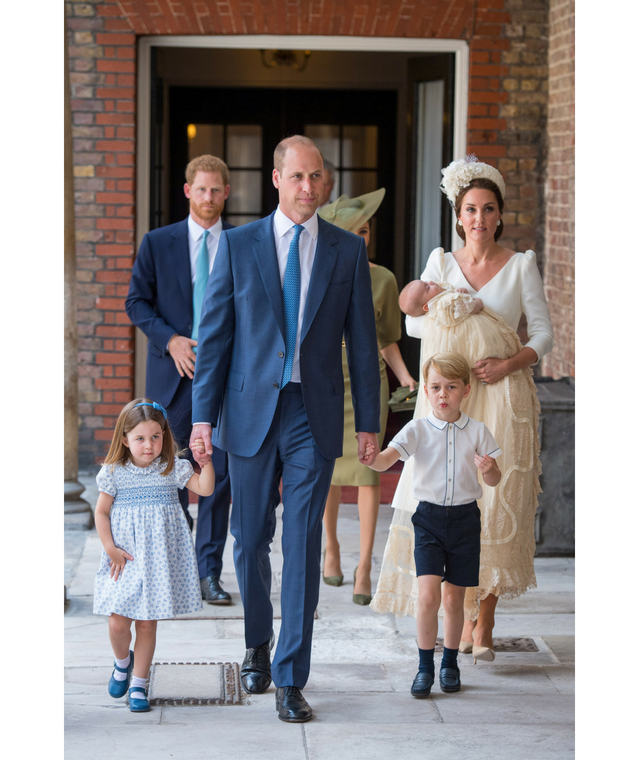 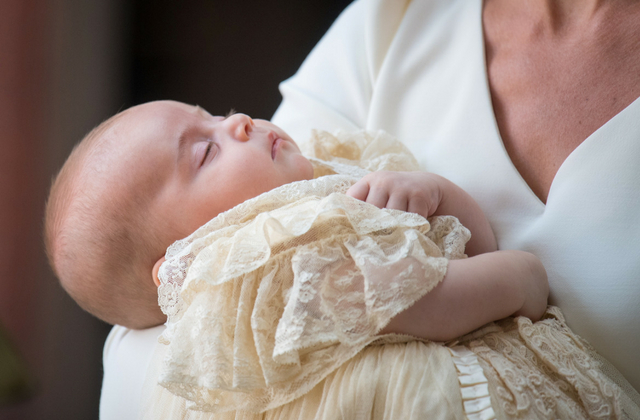 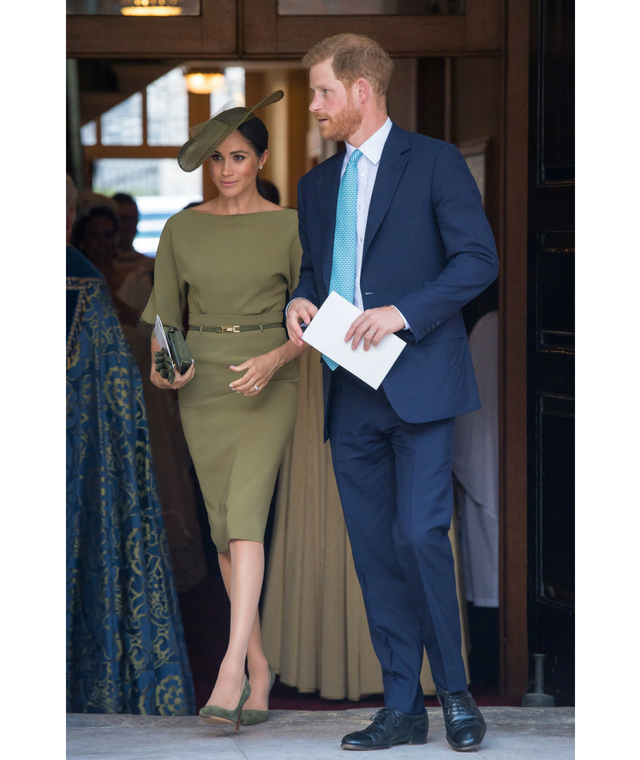 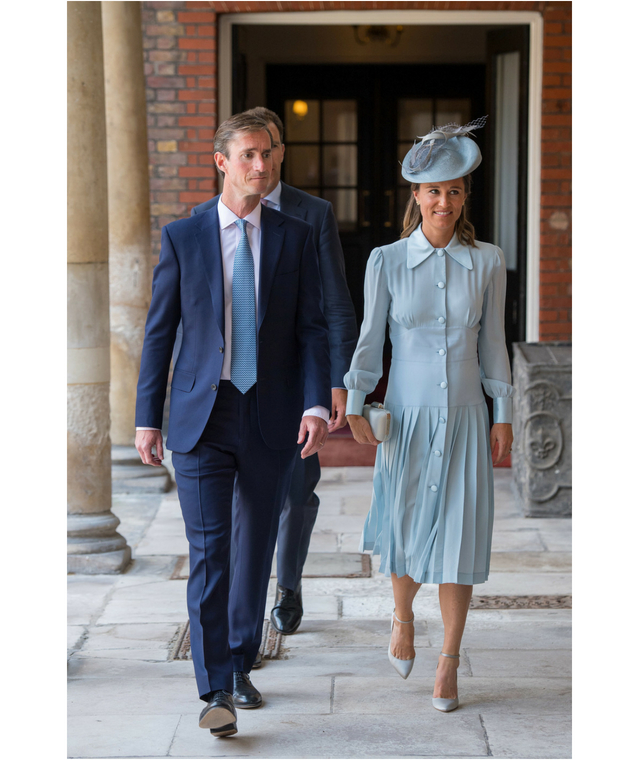 Now, see where Prince Harry and Meghan Markle will visit on their royal tour to Ireland tomorrow.